A Letter From Your Diarist in 5 Magnetic Layers

5th Nov. 23:00 Magnetic Layer #3
I am scanning through my picture files. To see what is left there of moments, most of them photographed almost in sheer darkness.  Yesterday at Spectrum in Berlin where I met up with Konrad and Anna and I was asked: You are still at the diary?
– Yes, I said, there is still so much there.

Going into the archive files is like going underground. You disappear into some rabbit hole of your presence and come to a wonderland of unreal imagery and puzzling sounds. And you come across piles of unused material: The „Red-Zone-Talk with Sally McIntyre recalling ghostly recording situations, an interview with Sebastian who was responsible for the omnipresent beautiful light design, a café-chat with Maya Urstadt, more portrait pics, stills, snippets of tram announcements, more talks… Order is an illusion. Documentation is an absurdist’s game. 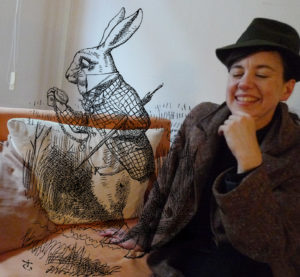 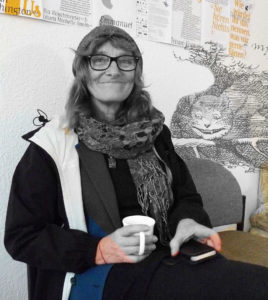 7th Nov. 10:13 Magnetic Layer #2,5: The Bee Hive
I imagine all artists have now returned to some sort of every-day-normality. Some things can’t be captured on film or tape or digital recorders. When people talk about an event like a festival that has passed the talk often turns to „the energy“ of that event, stuff that’s unfathomable but was there. Smiles, encounters, new friendships, prospective projects… 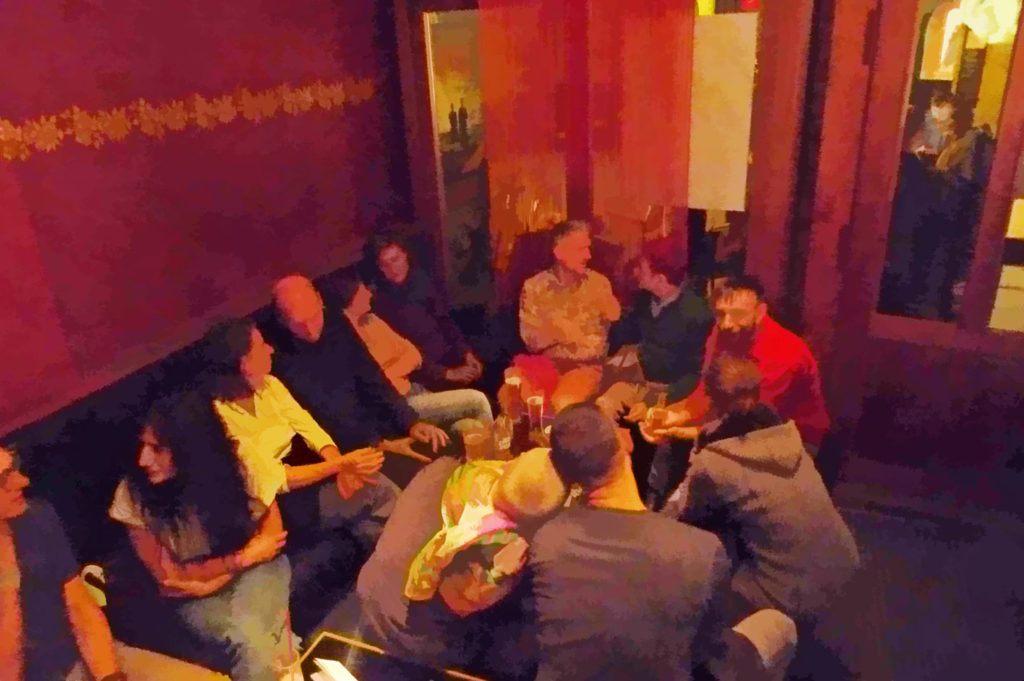 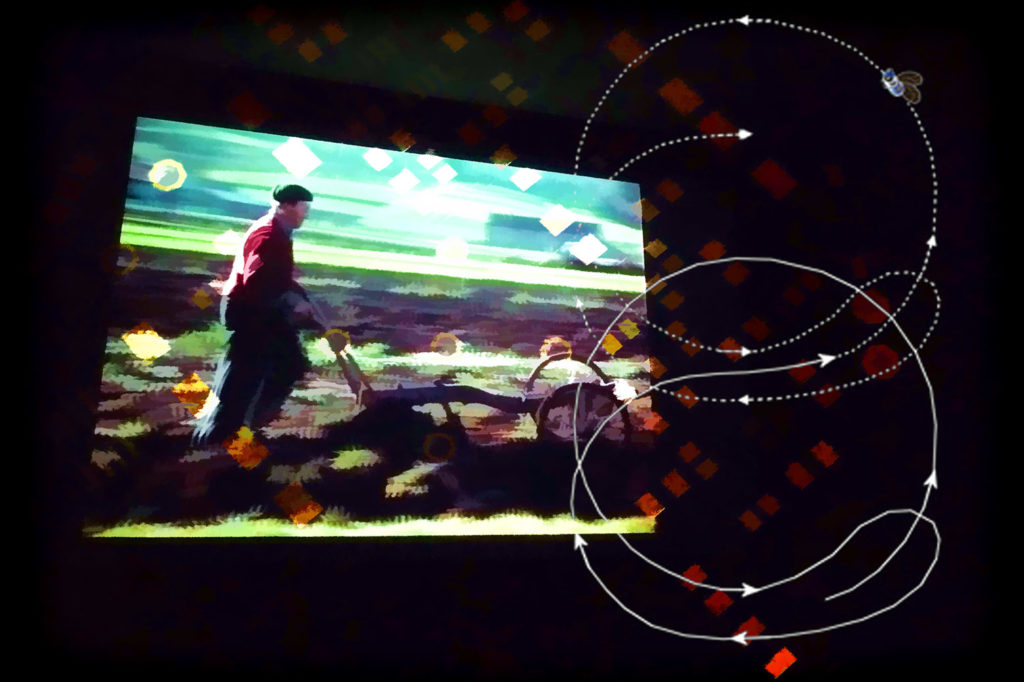 Thinking of Radio Revolten, the thought or image of a wild beehive comes to my mind instead, with the wave-world as a honey comb that provides sweetness and nourishment for present and future. Eventually with the performance of each artist signifying the „round dance“ of a bee, the unending, „figure eight“ of infinity showing the way to the multileveled pastures of reality?

Some talks got lost though. I saved them, I sent them via mail to myself… they seemingly disintegrated on the way. Others just went to sleep on my hard drives…  Others never happened like the one with Miyuki Jokiranta about the Australian sound artist scene. I had visited her in the studio during her broadcast when the sounds she brought with her stimulated an unusual growth of green. She also broke the sad news that her ABC program Soundproof has been sentenced to end this year. A shame and a terrible loss to the sound art and radio world!

Sorting more files: Most of it is reconstruction… Situations that enveloped the body in a physical surrounding with noise, talks, sensual contact, wine, smoke and fresh air have strangely faded and taken their place in memory… a memory though with fractal qualities. Three weeks after Revolten the diary reminds me of one of those little wooden boxes where you stash „Krimskrams“, odd earrings and bracelets, chocolate, chewing gum, a spare SD-card, coins and foreign currency, a postcard or two, emergency cigarettes, and, as it is the case with gardeners: Seeds and seedpods! 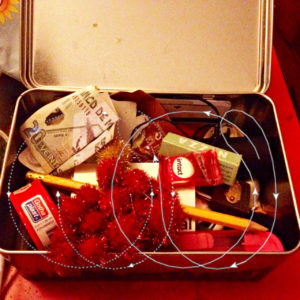 22nd Nov. 17:49 Magnetic Layer 5
So maybe that is the way… seeds and bees and chewing gum and endless radio art possibilities to sprout and blossom from them (Don’t ask me how comes it is spouting from a chewing gum). Good news for the German readers: Almost all texts (- except this one for the moment!- ) have been re-transferred into my native tongue. Thanks again to Emil for helping out and thanks already to Helen Thein who will take care of some final adjustments and translations. Here come the last pictures of the garden that I took the morning after… our „antenna plant“ in the circle covered in all golden leaves…

Cheers, your diarist. I had a wonderful time with you all! Gabi. 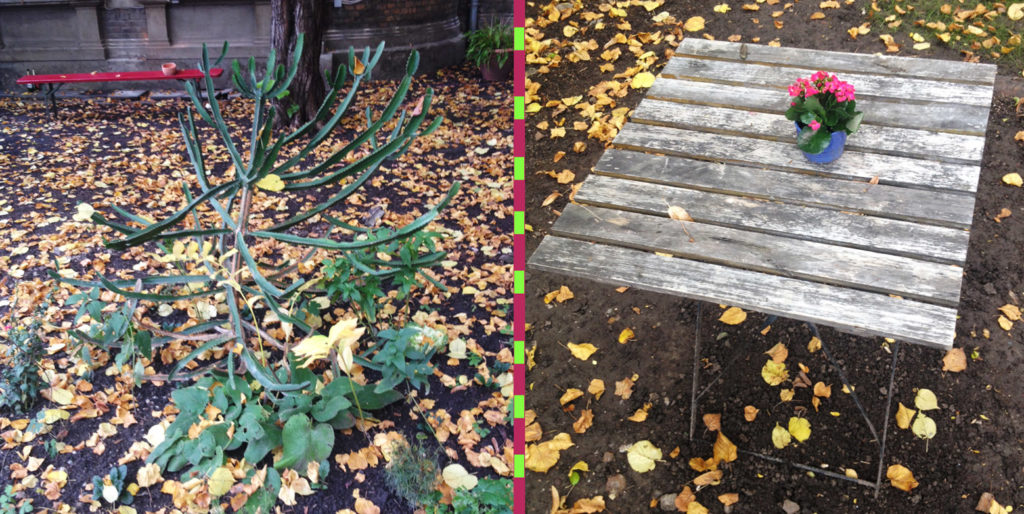