Atomized Cinnamon: The Envelope of the Hour 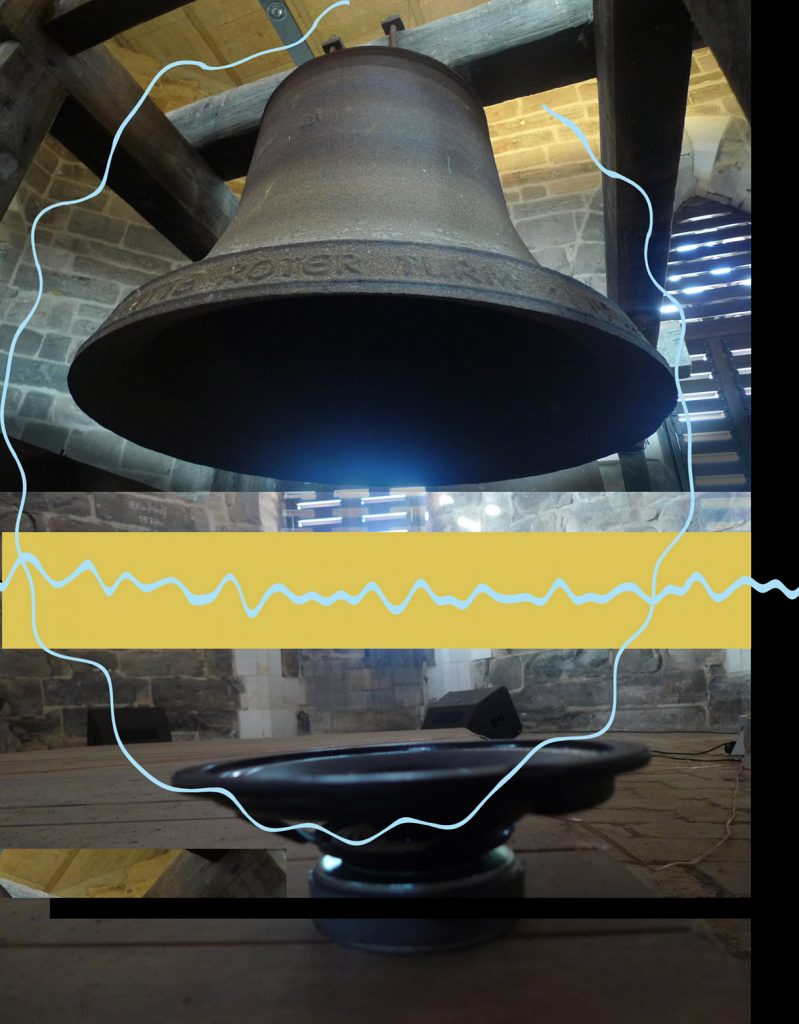 Higher and higher up the staircase waft the scents of the market from far down below: Bratwurst, waffles, cinnamon, smoked fish. The higher one climbs the more intense they seem to get. Halle offers lots of towers to climb. All staircases are steep, narrow, and made out of stone. This is the Red Tower. In the lower section the stone steps have been mended with hard wood in their middle part. The tower stems, like many sacral buildings in Halle, from the 15th century and it took 88 years to built it.

By the beginning of the second staircase section a stream of mingled voices in different languages comes to my ears: Sarah Washingtons multifrequency broadcast „in The Air We share“.
Several windings further up it seems to me that contrary to the smells the sounds tend to float downward… or maybe it’s a matter of the barometric pressure?
Anyway, the ticking of clocks reaches me, mingled with the metallic ringing that lingers in the air after a bell had been rung. As I enter the platform the guard starts from his corner. A man in his late 40is, a weary look in his eyes. Four giant bells dominate the room, on the floor an array of small and a pair of bigger speakers. „Envelope of the Hour“ by the Canadian sound and radio artist Anna Friz „reflects on time obedience and standardization, as measured by the public clock tower and the broadcast atomic clock on shortwave radio channels internationally“. 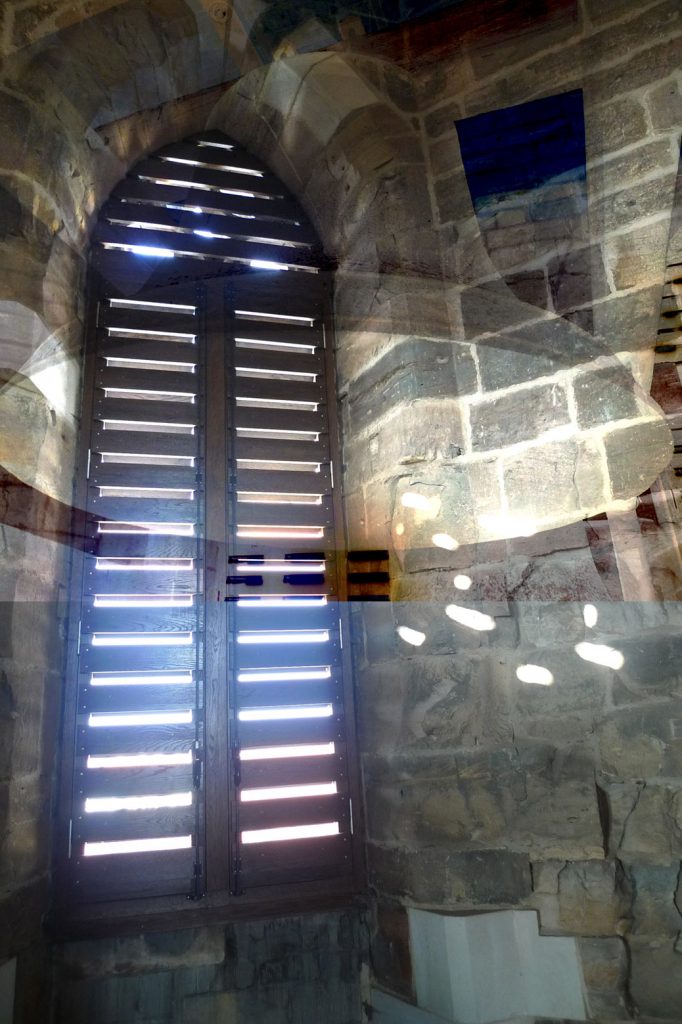 On being asked how he likes the installation the security guard somewhat reluctantly tells me he finds it a bit tiring. And it would give him a headache in the evening. „You know, it’s art, but to me it is just unusual and demanding…

It is strange I think, to see people suffer of sounds that bring thought, reflections and joy to others. For a while I leisurely walk under the bells, enjoying the timeless mix of ticking and delicate resonances resounding in the chamber… plus last not least the beautiful sun spots thrown onto the stone walls.