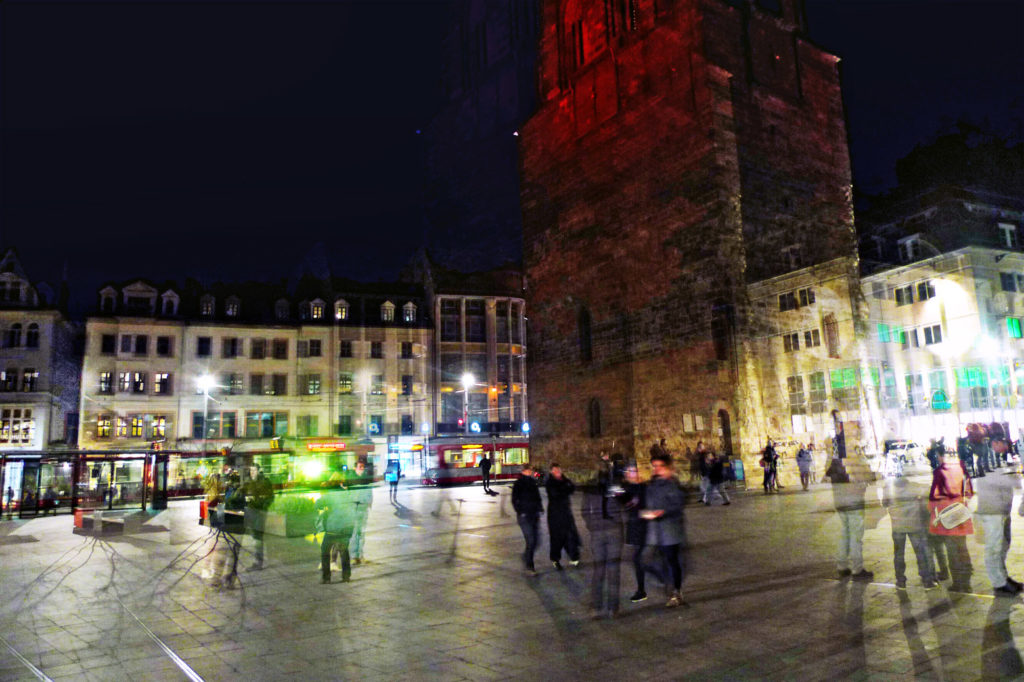 There are lights and there are shadows. There is an elephant trumpeting inside a radio I hold in my hand, followed by a shuffling sound as if a rope slithers across a concrete floor. At a distance of maybe 10 meters I see more people like me: silhouettes with a radio in their hands. From above the bells of the Red Tower’s carillion ring out… single notes and chords and short a-melodic sequences. A group of children runs back and forth, circles me. A man approaches me causiously and stares at the radio that suddenly quivers with the cries of tropical birds. Then it goes silent again, but in the distance I can hear a different flock of birds sent off by the devices of my distant neighbors.

Hans W. Kochs composition “glocke+tier” for carilion and two groups of performers with mobile radios (on two different frequencies) had started at 6 pm in the middle of the market place and the citizens of Halle, busy with last Sunday errants, were walking there among us, bags in their hands or mobile phones or umbrellas. 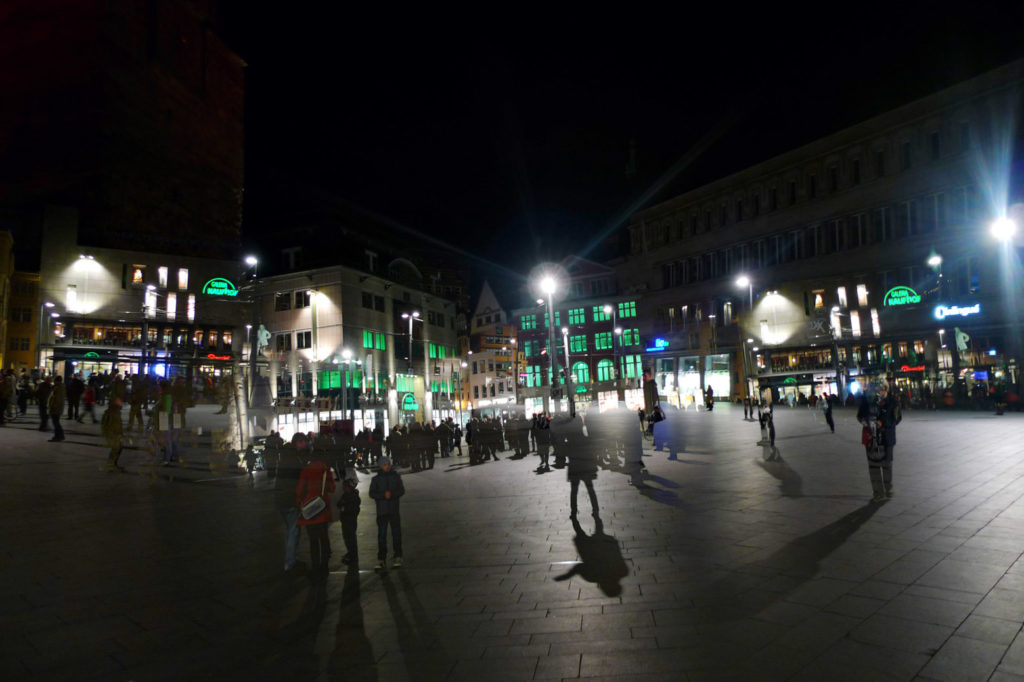 As the concert proceeded and people started to walk around, the flutters, shrieks, howls and growls formed a constantly varying pattern that spread from one end of the market sqaure to the other, shot through with the sounds of talk, steps on pavement, children’s noise, bicycles swishing by, the clatter of skateboards, chuckles and laughter. All the while from above the bells sounded and resounded and gave way to surprising intervalls, strange concordances or complimentary harmonics.

As peculiar this connection between bells and animal voices may seem at first, by and by the whole place was turned into an interactive constantly moving orchestra – and with the long shadows of passengers and performers gliding along on the black stones, the scene became almost like a magical shadow play.