Bride of Radio Art Stays True to Her Darling 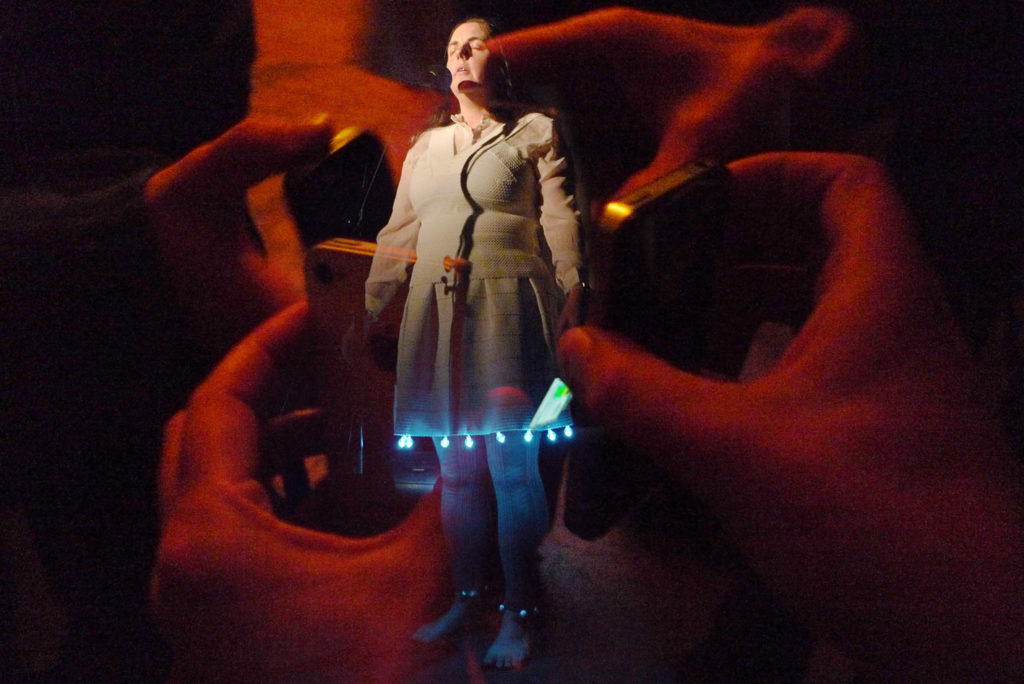 Something’s happening here but you don’t know what it is… quite freely after this quote we look expectantly at a radio propped up on stage and listen to a conversation between four people (Lucinda Gay, Knut Aufermann, Chris Weaver, Elisabeth Zimmermann) about the Revolten Festival, its impending end, future prospects, we hear jokes and musings and the rhythmic ringing of jingle rings. We hear those people gathering their stuff, leaving the studio, clattering through the staircase, opening the big doors and finally, in a procession see them all among us, Lucinda Guy all in white. 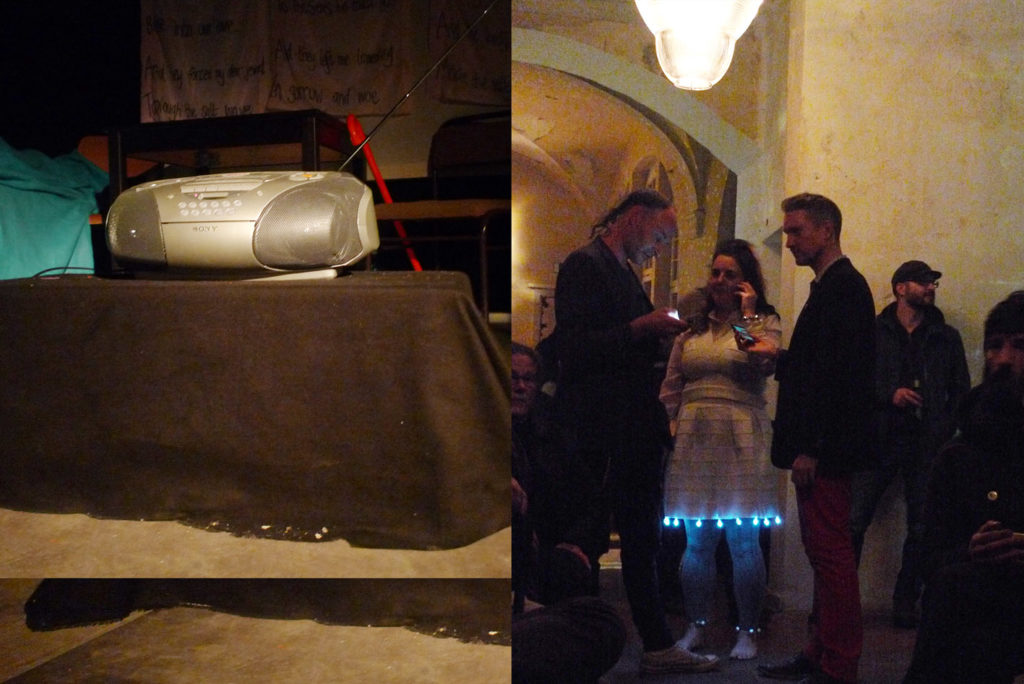 Is she a bride? Yes, she is! Ms Guy has married Radio Art, a young man sparkling with wit and love to the arts, with a taste for the beauties of life and a vision of an open society where communication is respectful, inclusive and sincere.

Alas alas, this young man is forced to give in to the King’s law and go to serve in the army. And his bride singing by the shores of Halle’s “salty waves” expresses her unbroken hopes of his return and their happy future. 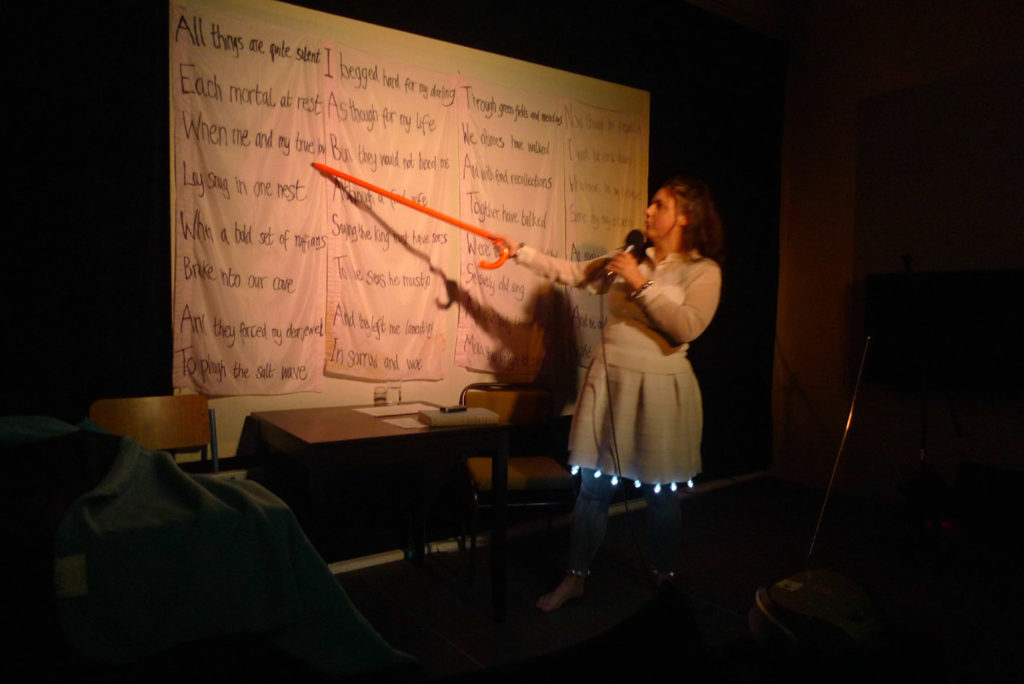 Guy’s beautiful voice rings out to the audience, but it wouldn’t be her and her art if we weren’t to included. Contrary to conventions we are encouraged to put our mobile phones on, pick a number and open the channels to the worlds beyond the festival.

Need I say my friend whom I phoned was delighted to listen to the choir?

Thinking back – and yes, I know that I miss out on a-thousand details in the fleeting descriptions of any performance – it is strange: Although it looked at the beginning like ” hm, just a radio (and an ugly one) to look at and listen to” I remember best the sounds of the approaching artists leading the bride into the Klub. It was zero spectacular but I found this playful “rite of passage” from talk to action, from closed group to open group, from being apart to sharing among us the most touching. 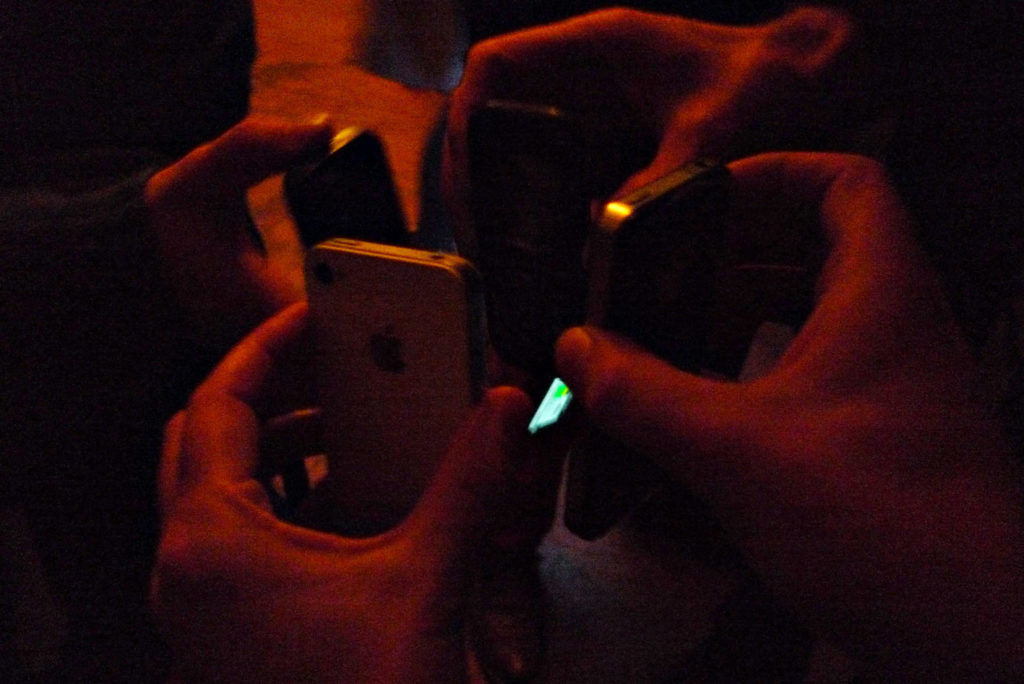