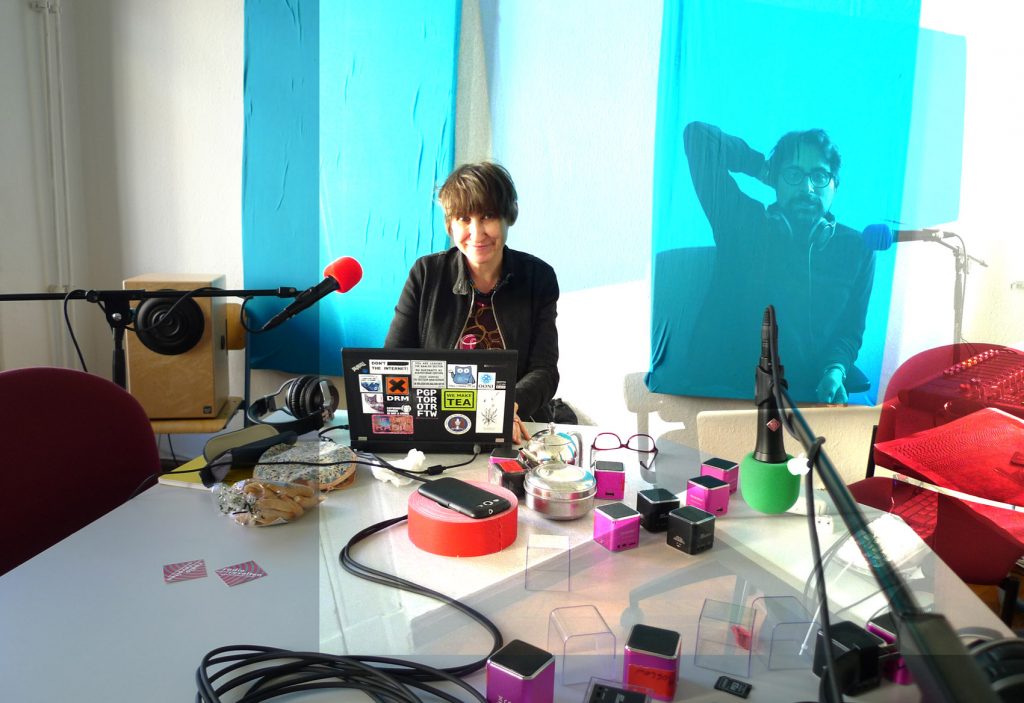 Okt 5: 9:34
Nine black cats follow a grey cat through a gothic shaped door into a derelict building after me and Augustin (my grey cat) had looked at three porcelain panthers staring from the window panes into the outside terrace where I was looking for my pizza delivery. We went inside, me still searching for the pizza, up and down the stairs and came into a room with blue tapestry where I met an old friend with a wine glass in his hand. In short, this is what you dream after Radiorevolten guest Myke Dodge Weißkopf from Los Angeles shows you a pic of his (red) cat on his mobile after a one-off concert by Kristen Roos, Ana Friz and Jeff Kolar and after having visited Sophea Lerner and Emmanuel Madan during their show about breathers, acoustical shifts and ghostly frequencies inhabiting huge buildings.
Okt. 4, 15:20

Lounging in the lounge chairs provided to listen to the Halle ambient soundscape and documentary at the exhibition in the “Stadträume” room (Mandy Einicke, Marie Schultz, Golo Föllmer, Susanne Feldmann). Market place chats, commentaries about the Halle „Straßenbahn“, river views with and without nutrias: the locals talk about their town. The room is dark and you lie there surrounded by radios and the 3D sound of Halle. A flat screen shows images of the scenes talked about. 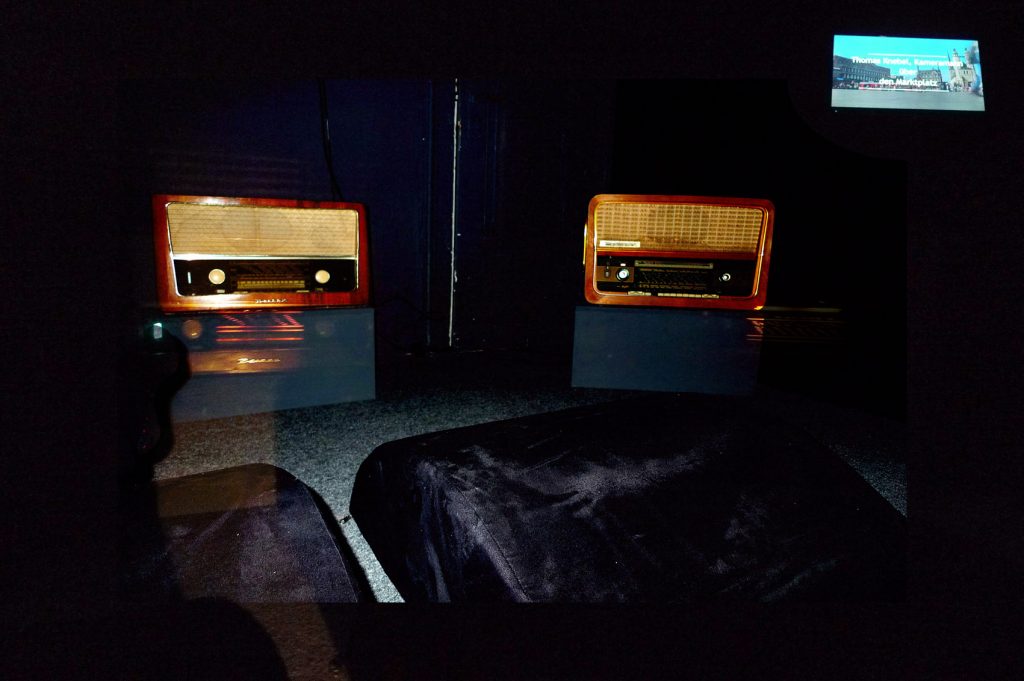 15:35
I find out that Sophea and Emmanuel are doing their show.

15:42
Emmanuel whose installation „Red and Black“ is part of „Das Große Rauschen“ plays excerpts of this work, two „sound fields“ containing on the one side Angela Merkel’s in-between „ehms“ on the other Peter Steinbrück’s sharp intakes of breaths. He talks about these moments being moments where the unconscious reveals itself, disguised in pauses, hesitations, breathers or sighs. And as Sophea remarks this is especially interesting considering that politicians are trained and expected to have their speech under control… Their show develops into an extended conversation about voices, language and in-between acoustics, as a work called „Shift“ by Sophea exemplifies: One minute recording made in moments characterized by a shift in location: Getting on or off the bus, entering a building, leaving it, changing trains… 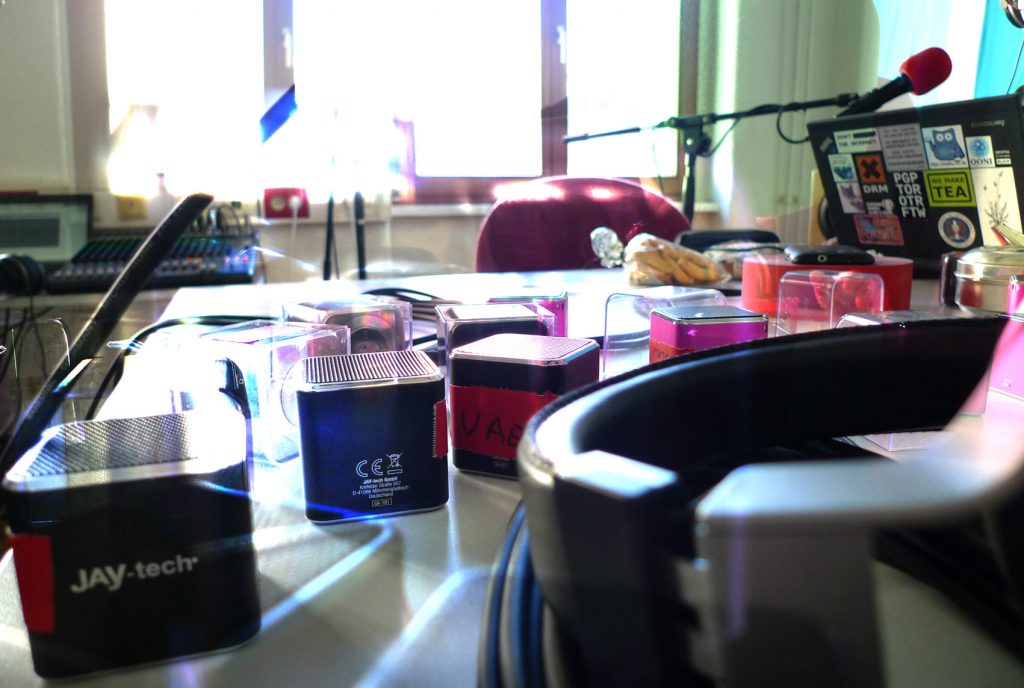 In turn Emmanuel introduces the project „Silophone“, an on-going experimental sound archive based on recordings made my various artists in one of the biggest silo buildings of Montreal. As the building places dangers to people because of its state of decay, only voices and sounds are allowed to reenter it after the recordings are made… which leads us to Lerner’s compositions made from artificial voices again recorded on „locomotion places“ worldwide: air ports, train stations and the like.
Tea and coffee in between, but an aspect arises during the talk that I find fascinating: This is the fact that those bodiless voices are actually telling us (passengers) what to do with our bodies… and also: they kind of predict the future: „This door is about to close“. The other way round it would be a narrative… so I started pondering about this mysterious vertical grammar point of view. There is still another contemplation Sophea brought up: Maybe sharp intakes of breaths are owed to an „economy of cold air“… something that makes me think of the „breathing song style“ of the inuit.

19:20
At the café so lovingly tended by grand lady Monica. Out of the radio a tangle of screeching guitar sounds, wild and soothing at the same time: Sally Ann McIntyre plays experimental music of New Zealand during her show.