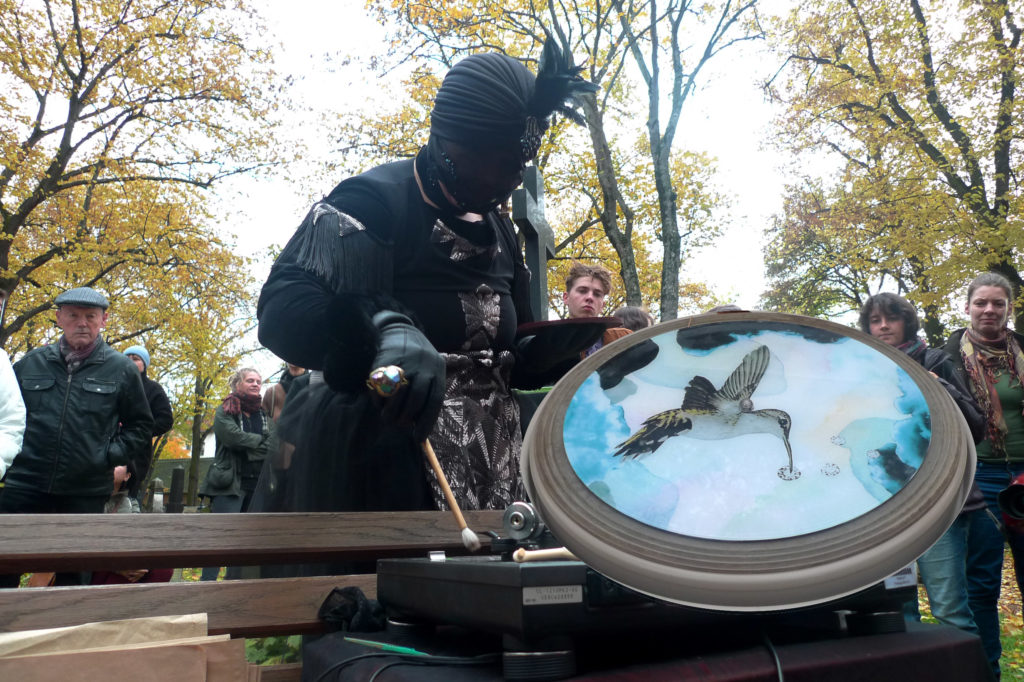 If I hadn’t known this was true I would have thought I’d been teletransported into a gothic fairy tale in one of my (literally) sweetest dreams. Julia Drouhin, the queen of chocolate records performed at the Stadtgottesacker. Electricity was sponsored by the local dentist Thilo Grauheding (below in the pic with Sarah Washington). 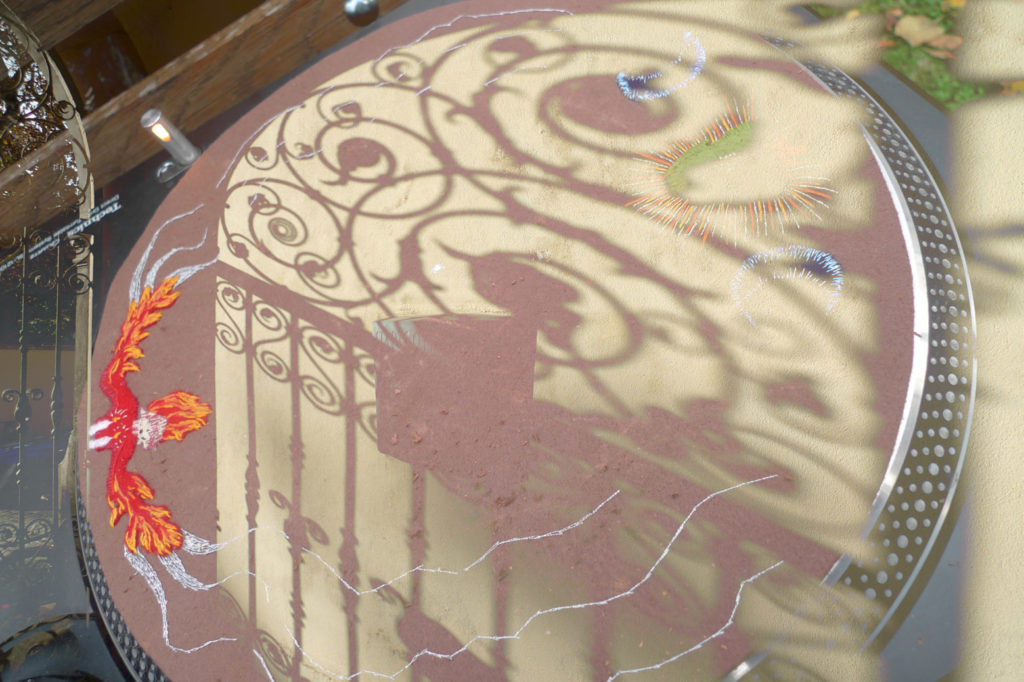 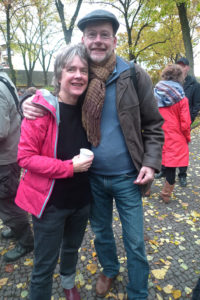 The lawn was strewn with fallen leaves and whispering radios and the crowd gathered around a wooden bench adorned with two record players. Everywhere: intricate details! From the sequins lately sewn to the queen’s veil to the embroidered turntable cushions. A very fine choice of music was played, melancholic women’s voices and ancient chansons floated through the sunny (!) autumn air that was saturated with the sweet and damp smell of rotting leaves. The tombstones looked grave but not too grave and the atmosphere was one of general fulfillment and bittersweet satisfaction. 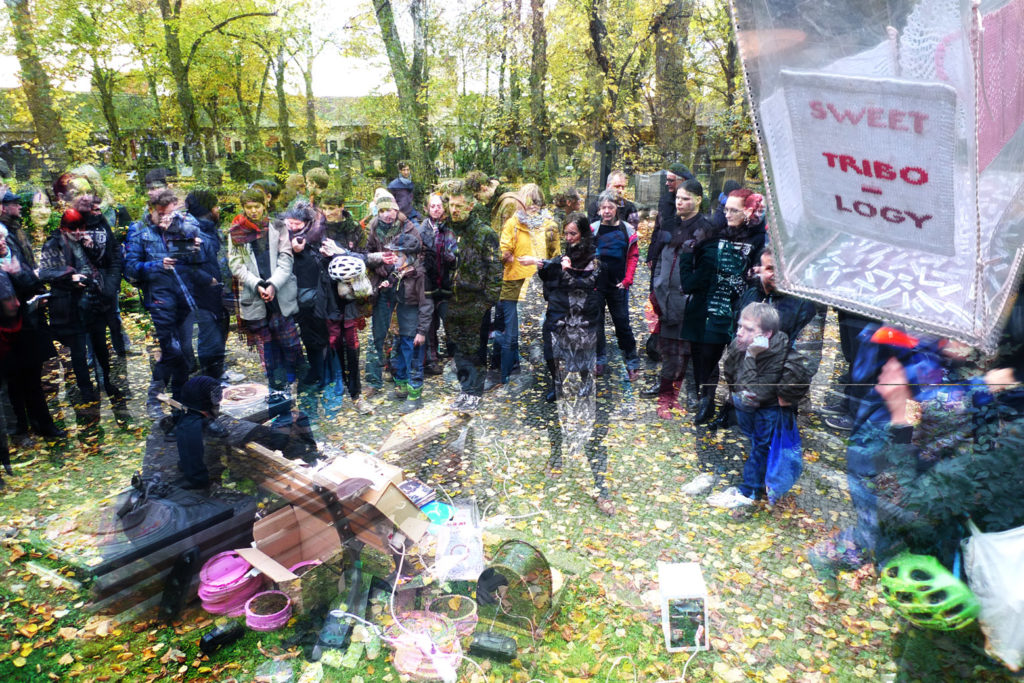 The Radio Relay Circus happened all over the house with musicians wandering up and down the corridors, radio artists taking turns in performing in ever-changing groups and visitors floating past the bar and in and out of the exhibitions rooms. I arrived on time, but must admit it took me more than an hour to move past the bar where I fell for a most wonderful conversation between Elisabeth Zimmermann from Vienna and Miyuki and Ben from Australia… Supported by hearty sips of white wine we developed a new radio show format that sent our laughters spinning up to the ceiling like these  plastic propellers from a child’s toy game. The concept won’t be told here, of course 🙂 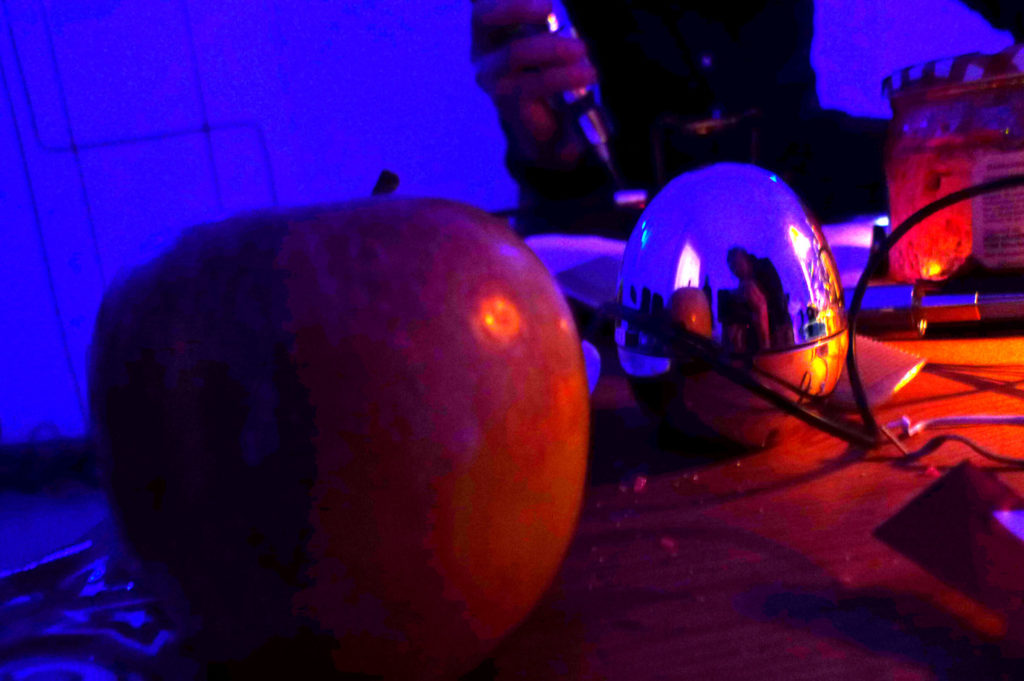 i hope for you that you listend into it for those three hours from 8-11pm for there was so much to listen to and enjoy that it would be quite useless to go into details. The show will be on the archive soon for those who didn’t. One could feel though the foreshadowing of the end of Radio Revolten. Already some artists had to say goodbye and for many of us these goodbyes are meant for long times and across great distances. All the more reason to dive into the grooves played by fabulous Fari Bradley, also a member of the resonance radio crew. 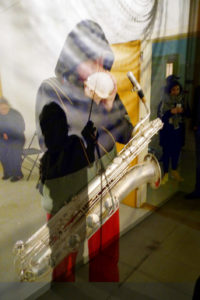