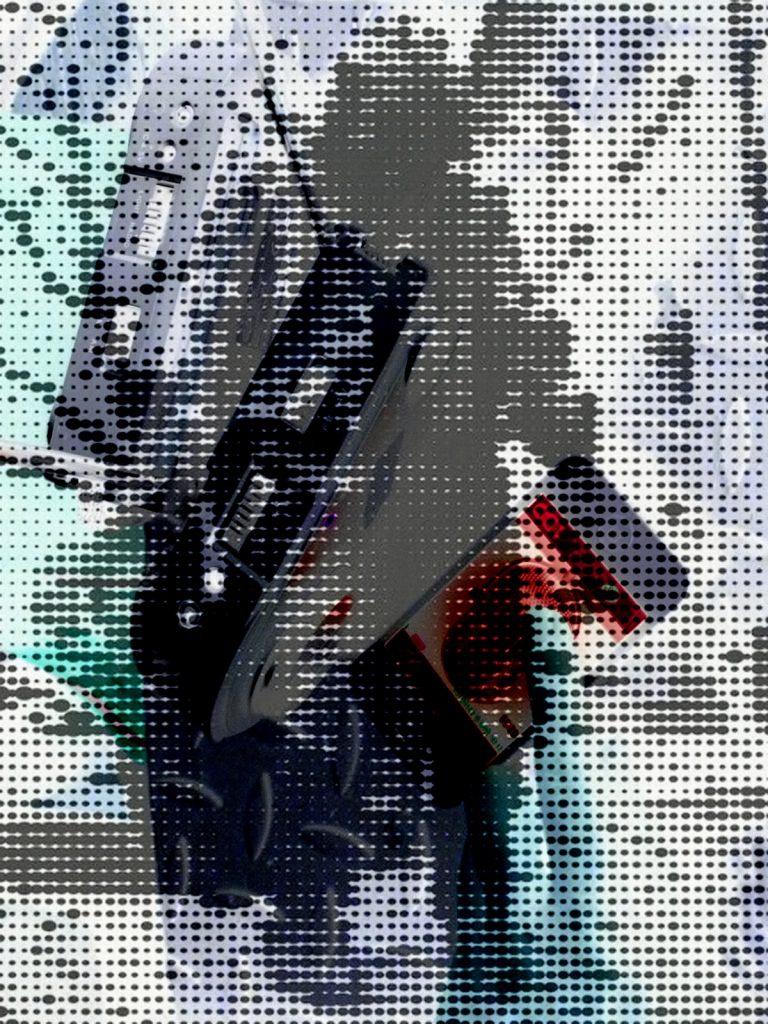 About 15-18 people huddle together in a round chamber of one of the Hausmannstürme and listen to their radios. Two men sit opposite each other, mute. A third man in a neon-orange street cleaner overall is handing out vodka in little cups. Out of the radios comes talk, speech, shrieks. A story is told in fragments: Hauser in the Woods is a radio play by Ralf Wendt (with Larry Jones from Chicago)  and it is as enigmatic as compelling. Basicly: I am overcome and blown away by the chorus of crackling radios and the distorted and interrupted monologue introducing Hauser, a spectre inhabiting the wastelands of our minds. Hauser is going wild, he is going astray, he is hunting for sense and maybe salvation, be it for him or for us:

You are looking for the exit,
you are believing that Hauser will show you the exit.
Maybe that is correct 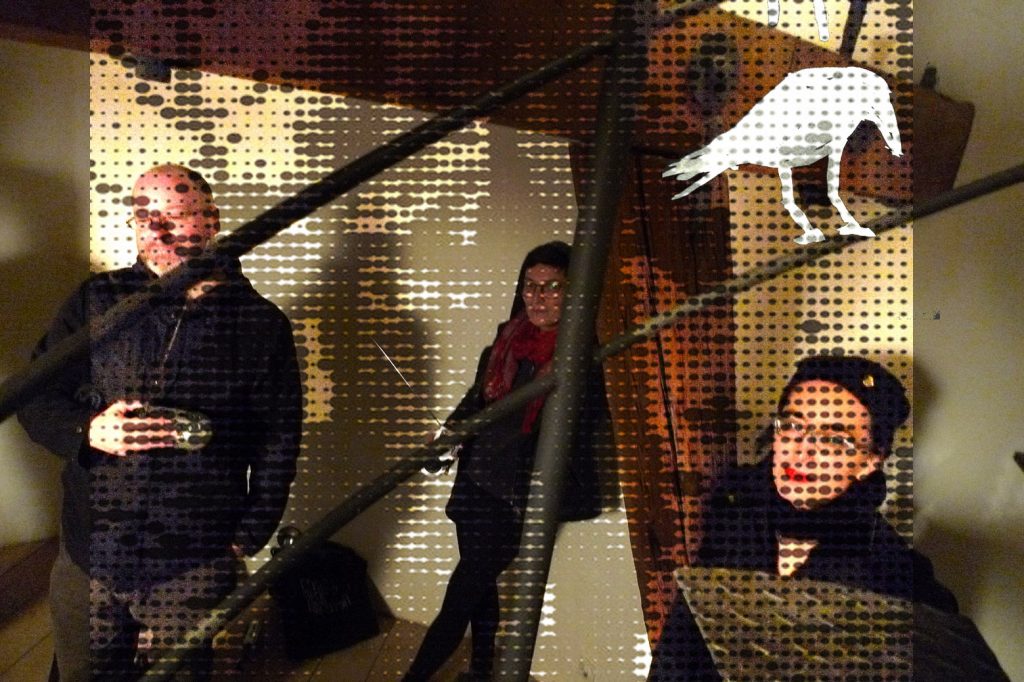 We hear sounds of traffic and public spaces mixed, looped and intercut with what seems to be flocks of screeching birds, there is rumbling, brushing against walls, metal constructions, leafy branches. voices and sounds ever so often becoming submerged in the crackling static of a disorientated frequency. Hauser ravages in our ears and minds, causing commotion, havoc, longing.
He fears he would not exist.
He is a pathetic creature

He is a nothing.
Er hat keinerlei Liebe oder Erfolg erfahren.

Hauser is freak of civilization. 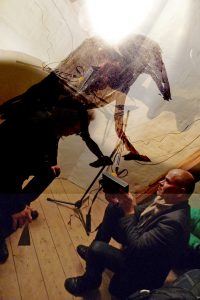 The two men start up from their seats and suddenly run to the spiral staircase: Did they receive a message? Were they contacted by Hauser? Part of the audience follows them, tramping down the stairs, their hissing radios in hands. The remaining ones hear the repercussions of their flight echoing through the speakers.

Some time later, wolves are howling in the streets of Halle…

As we step out onto the deserted market place, only two of us are left. The pavement shines black and white in the rain, our radios vibrate with the calls and shrieks of the escaped Hausers now running wild in Halle. I doubt I will see some of them again. 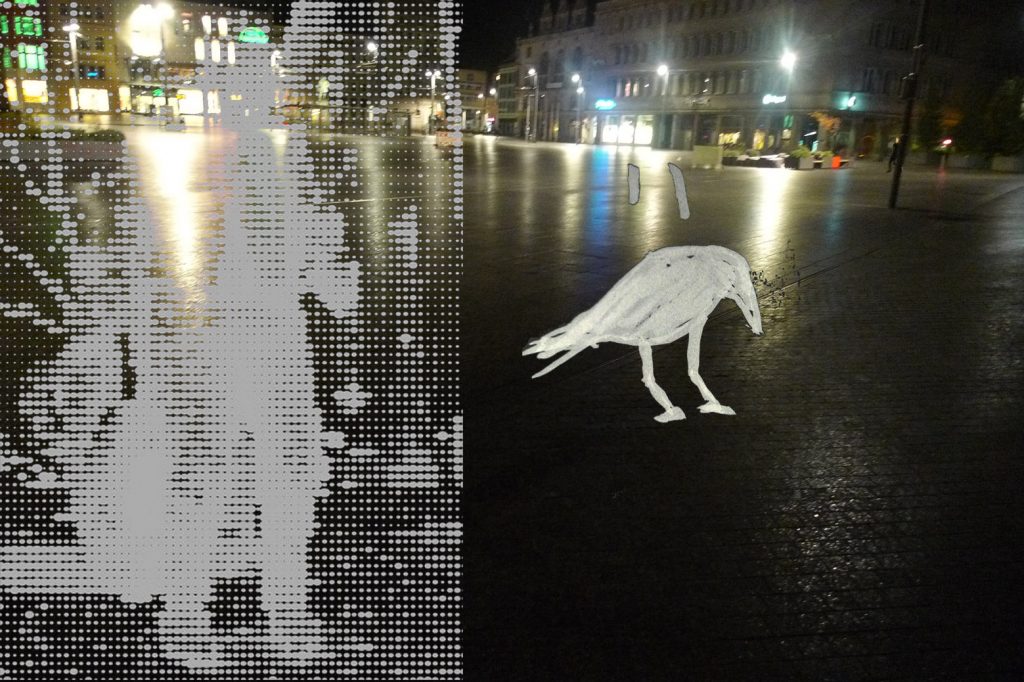