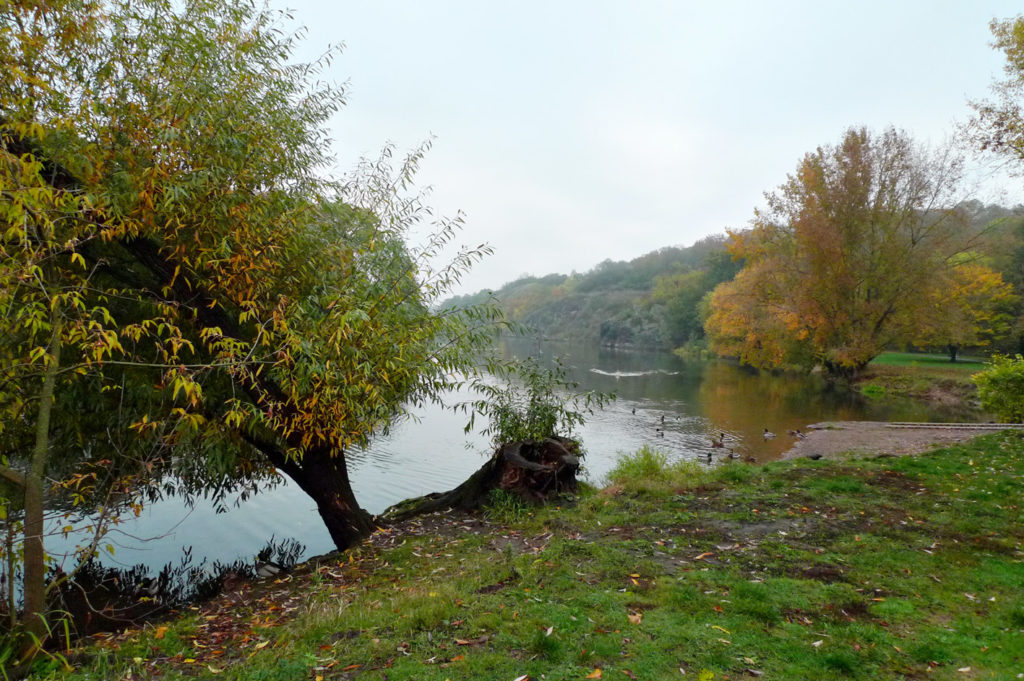 This morning the diarist stole away from her desk to take a walk along the river Saale. There was „Reichhard’s Garden“ with leaf-strewn paths that lead along molehills and plots with tattered asters and the last rose blossoms of the year. 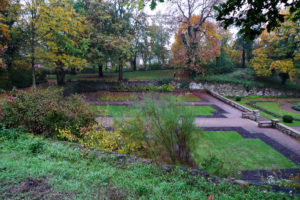 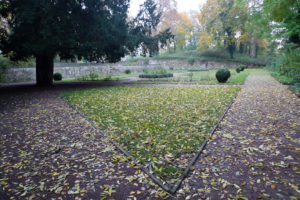 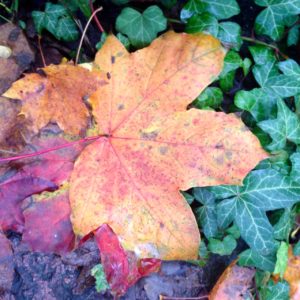 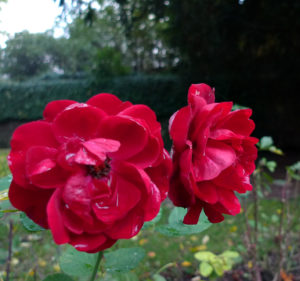 At the riverside I saw swans (even a black one) and bluebells. Along the right bank where I was walking rocks jutted into the autumn sky, overgrown with moss and yew, dappled with green, red and golden leafs. 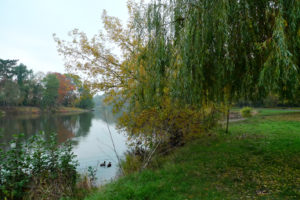 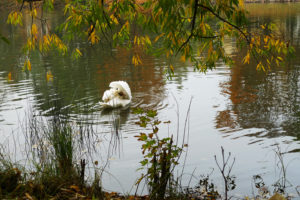 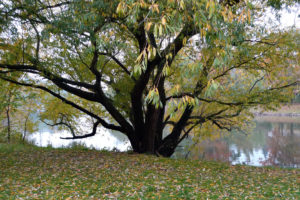 It was a change from the world of hums and frequencies… or so I thought. A lady came walking her dog, a teckel that was barking excitedly  at some ducks in the water. In case you didn’t know it: There is a really fine echo from across the river! So there was the sausage dog and its sonically mirrored sound image. A bit later there came faint sounds of some cell phone ringing and as I turned back in directtion of the road, the constant morse-like beeps of a car alarm wafted from an opposite parking lot…