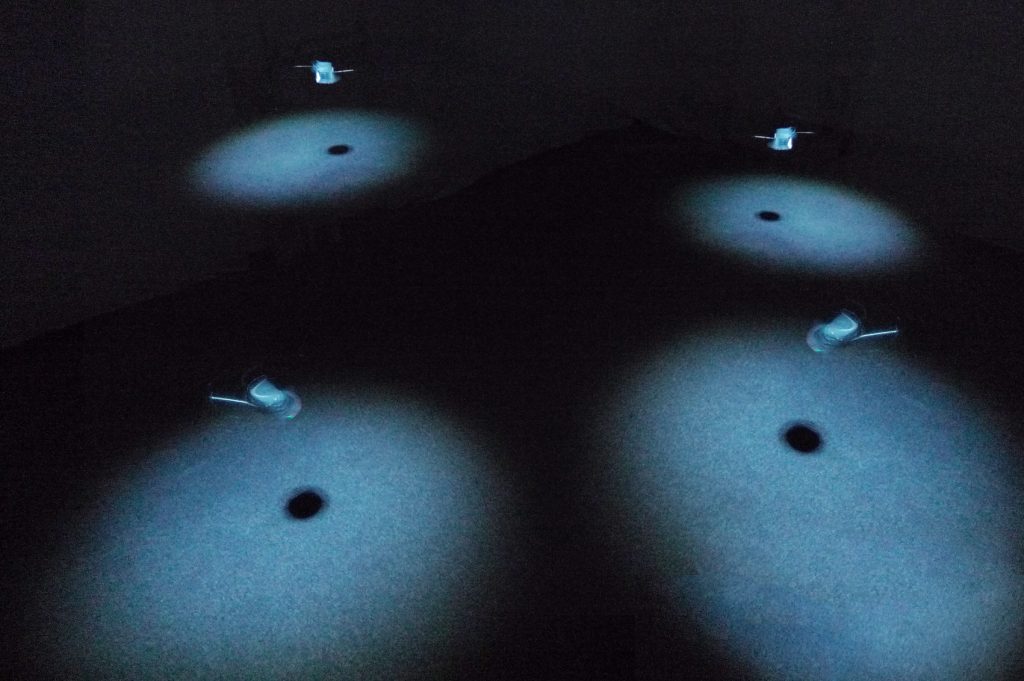 Yes. There was an invitation by Anna Friz to Fernando and me and when we thought about it we found the idea of that first Chilean satellite and its failure very attractive. There was a lot of media hype and it never went anywhere. But this led to the concept of spinning and how to spin objects and how to spin radios.
First of all we had to metamorphose…  to change the object from a radio to something else. In the way it spins it becomes maybe more like a flying disk or you can take many interpretations into it. Also what is interesting, everything is spinning around everything. So electrons are spinning around in the atom, molecules are spinning around other molecules, everything spins around even when you get to the galaxis.
So it was very attractive to spin the radio, to spin the signal from various sources. For the sound we used some electromagnetic recordings from different sites and also some singing valves (?) whose sounds are activated by the spinning and are fed into loops and make sound layers.

– Where did you take the recordings from?

The recordings were made in the mine, there is a very deep copper mine in Chile, super big. Fernando was there and asked me to join him and we made some really good recordings from machines and different other things.

– So it’s from the mines into the orbit?

I guess, it’s more from within the ear to the outside ear. From within the self to outside of the self.
You know also, for me and Fernando when we were doing the piece here, it also works like a time machine. We would go inside and just loose track of time… and then come out, transformed. 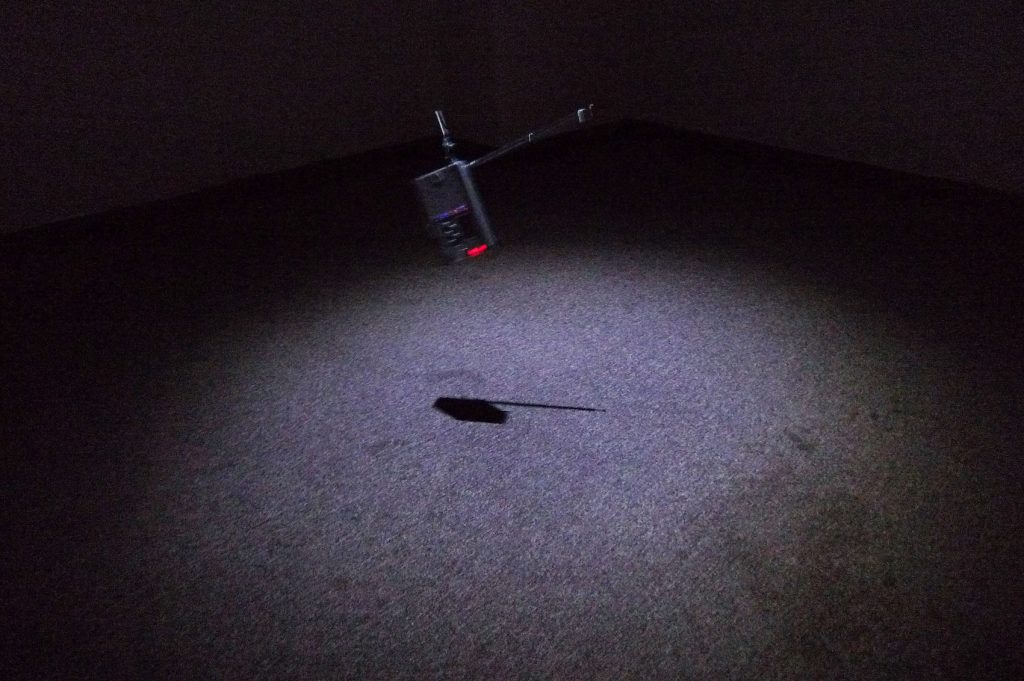