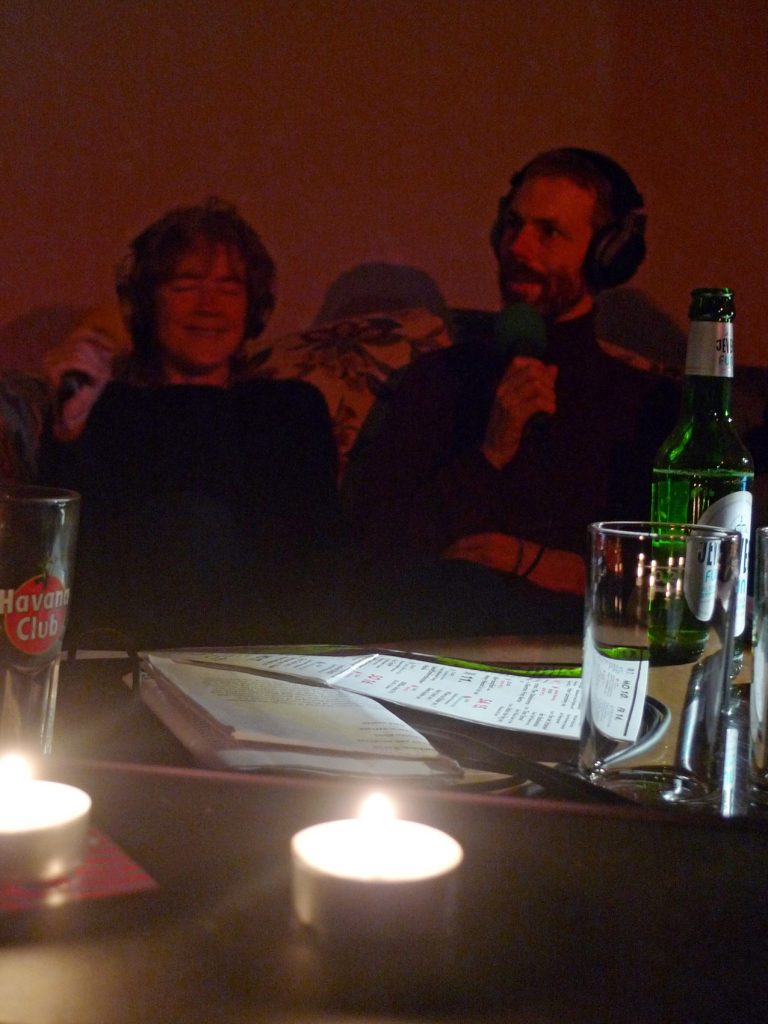 Pics that look like film stills, either from „the Cabinett of Dr. Caligari“ or similar out of the pool of the mystery movie imagery: what the photographer or „picture taker“ takes with her from the scene does not always clearly relate to the music of the concert. 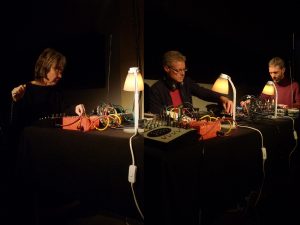 Tonight – or yesterday’s night as you read it now – it was „Tonic Train (Sarah Washington and Knut Aufermann, both initiators of the Revolten festival) und der Funkamateur“. A name that could do well as a band name.  Funkamateur Bernd Kukielka was introduced as a co-founding member of Radio Corax and as an expert for morse code. 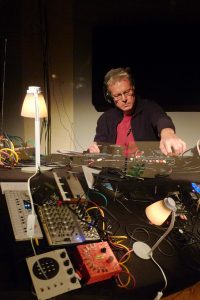 While listening I felt like being plunged into an acoustic jungle book (of the Northern Hemisphere) overlaid with teenage space novel imaginations. Somebody else in the audience felt remembered of being in a department store acoustics with people jostling all around the place.
My notes said the following:
„owl flight + Russian waves + morse code + wilderness + rustling creatures + drama + mind world + broken springs + signals blink-bing + st. exupery + drone swans + + brown bitterns +++“ 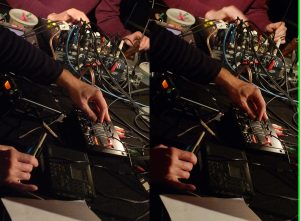 As bodiless this music may seem, it is as much owed to sensitive instinctive feeling (the English has no word for the beautiful „Fingerspitzengefühl“ which means „handling something by the tips of your fingers“ – literally as metaphorically) as to conscious decisions about what to let through to the speakers.
Doesn’t it also look like as if these people are performing an operation on some mysterious semi organic system? See how their fingertips tremble at the buttons, observe minute movements of manipulating their devices. And I wonder why the bearded man holds his hand almost throughout the whole performance over the antenna of this little radio? 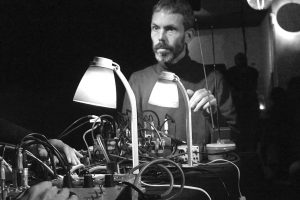 „Tonic Train“ is an outdated and almost forgotten term for „continually interrupted waves“. Indeed the arrangement of the different sound waves all linger on for a while, interrupted, permutated and/or accompanied by morse signals, radio messages, fluttering, surrurant, squeaking and humming interceptions. Speaking of permutations I threw the word „Etherwavemusic“/Ätherwellenmusik into the anagram generator, always a fine way to find out about the words behind the word (or the waves behind the waves)