Gremlins Under a Bow String 2: Howlround 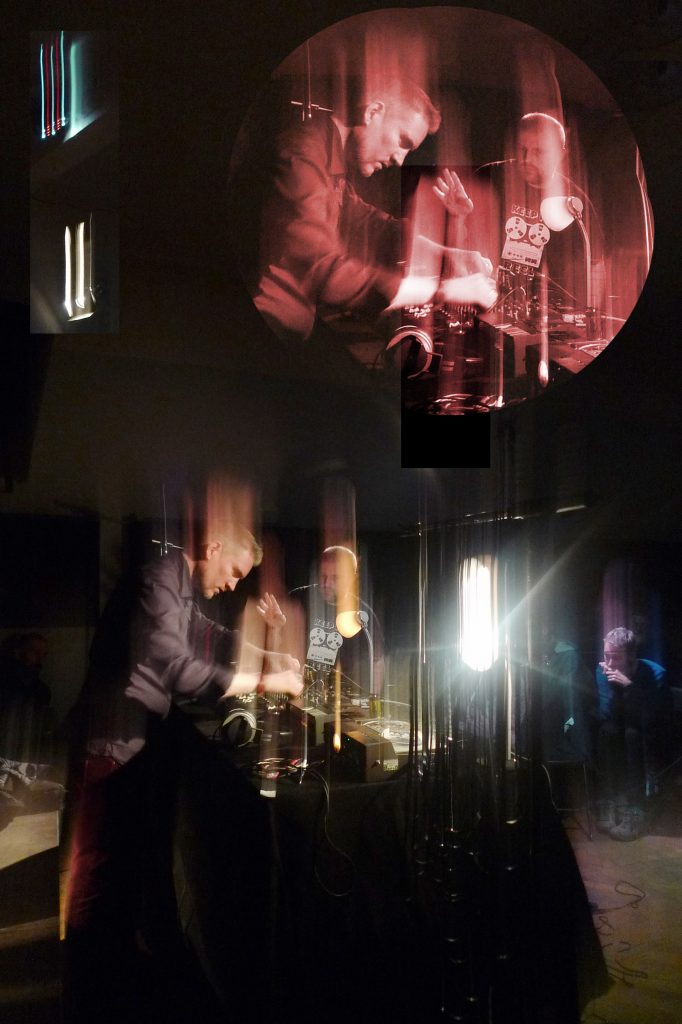 If I’d imagine that my brain was receptive magnetic tape and all the infos, sounds and music of a Revolten concert night would be recorded on it I’d find  – like in this moment – that the info of the ensuing day – the noise of dreams (tender at times, but also harsh) and the residual effect of daily rituals like combing hair or morning coffee – will have done their part of modifying or even erasing them. 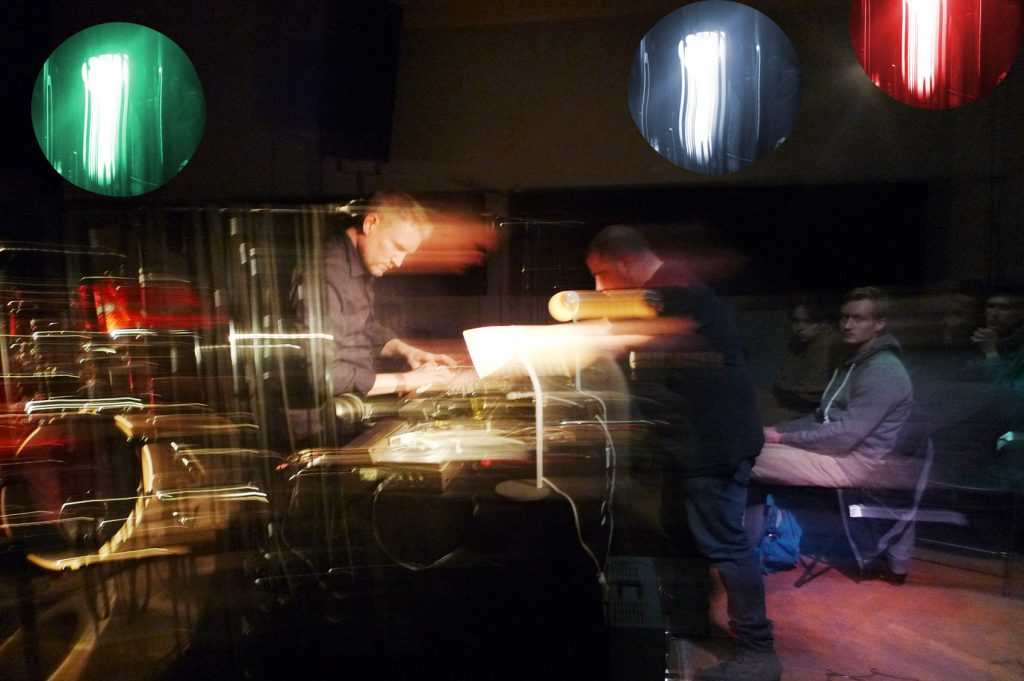 But then again, there always remains a deeper layer… and of course, as a possibly surprising resort: the B-side of the band.

Robin the Fog and Chris Weaver (aka Howlround) had a big tape machine installed in front of the stage, plus a desk with more band machines and mixers, behind which Weaver was weaving the sounds – bending and twisting the loops into a multilayered soundscape. Robin the Fog meanwhile pulled the band out of the big machine, and – moving back and forth – attached it to mic stands and poles in the room. He got entangled at times. Then he disentangled and, joining Chris at his desk, assisted him in turning button and knobs, all the while light and dark shuffling drone sounds poured from the speakers.

Some of them recalled recordings made underwater, some howled like FM tones, some just hovered under your active awareness like a foggy notion. Close to the end of the concert a series of „standing waves“ piled up, slowly, one after another, and collapsed in slow motion … a showdown of acoustic phantoms reeling in epical dissolution.

If this reads too untechnical for you, there exists maybe a more reliable, realistic, B-side of the brain band in the shape of an excerpt of Howlrounds radio talk after the concert with Radio Corax… 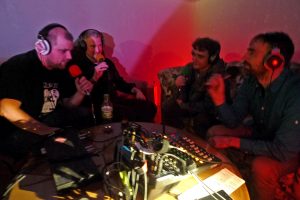 No, SORRY, the recording is much too noisy! For sure you’ll find the talk sooner or later in Revolten’s audio archive.