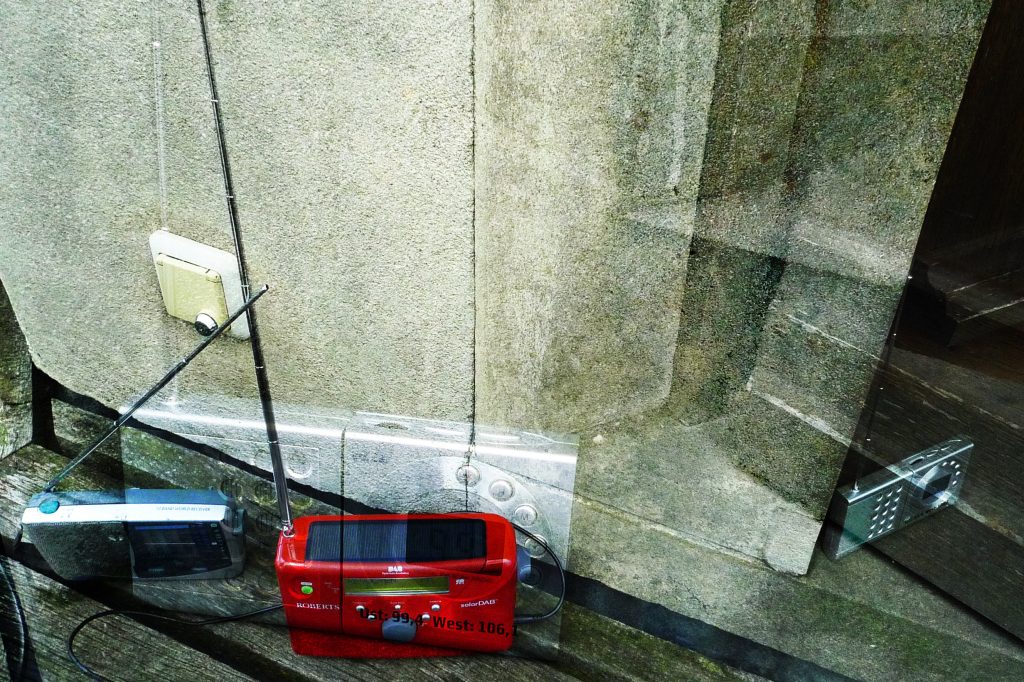 It is not quite sure how many steps lead up into the magician’s studio on the Hausmannstürme, but the passage has three sections: first one is stone steps, second one is an inbuilt staircase made of wood and after it comes another spiral, made of clinking metal, that leads to the tower chambre. 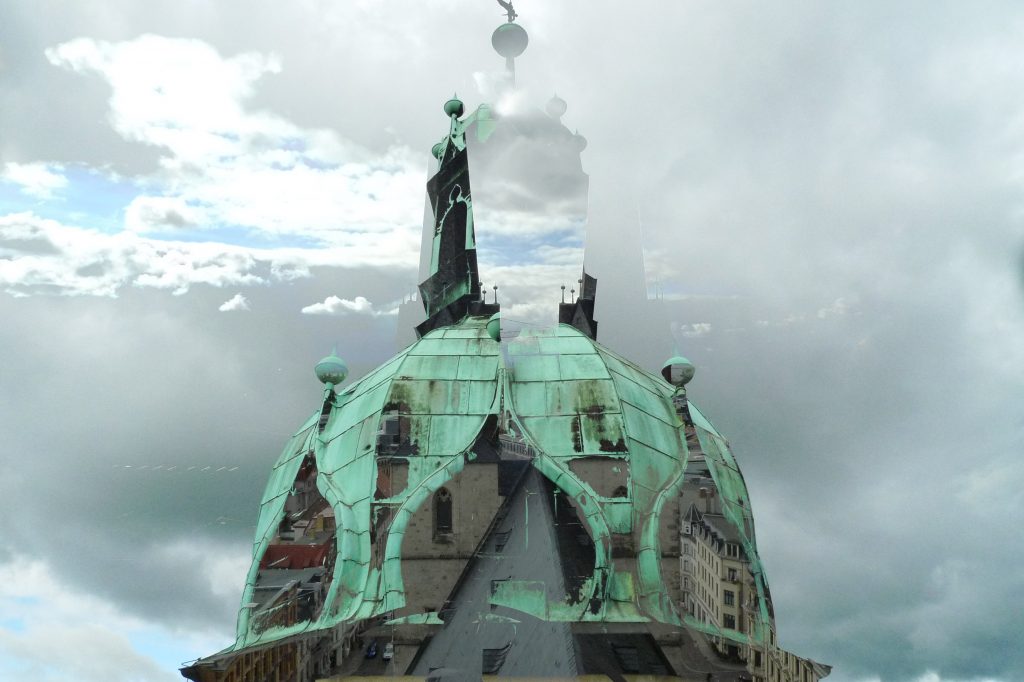 „In the Air we Share“ is a piece for three radios on three different frequencies by Sarah Washington. Each radio broadcasts a different section of the text that deals with body experiences. The voices shift from different languages (English, German, Portugese being among them) to similar, same or changing descriptions of physical states. They tell you how it feels going through a set of Qi Gong meditations, subtle narratives, oscillating between everyday moments and those of a very much refined frame of mind.
As the voices mingle the wind blows hard. Down below marketplace and city lie in bird’s perspective,  the view onto the horizon is different. Ricardo tells me about the clouds in Brazil, that they tower much much higher than in Europe. Further up, just between the towers, a sports plane has a banner attached to it, red on yellow: „Will you marry me?“
„Yes, we want to, all of us, whoever you are“!!! 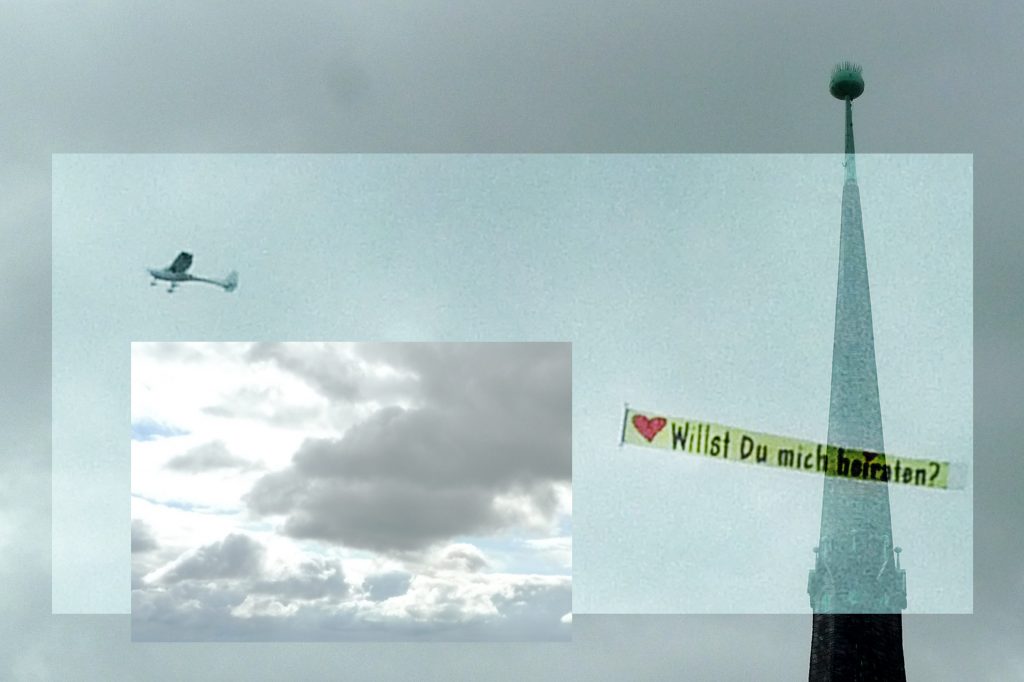 Wind and cold make need for a heartwarming drink so Mr. Langer-Phillipsen shares a fine vodka with us. In the air we share! 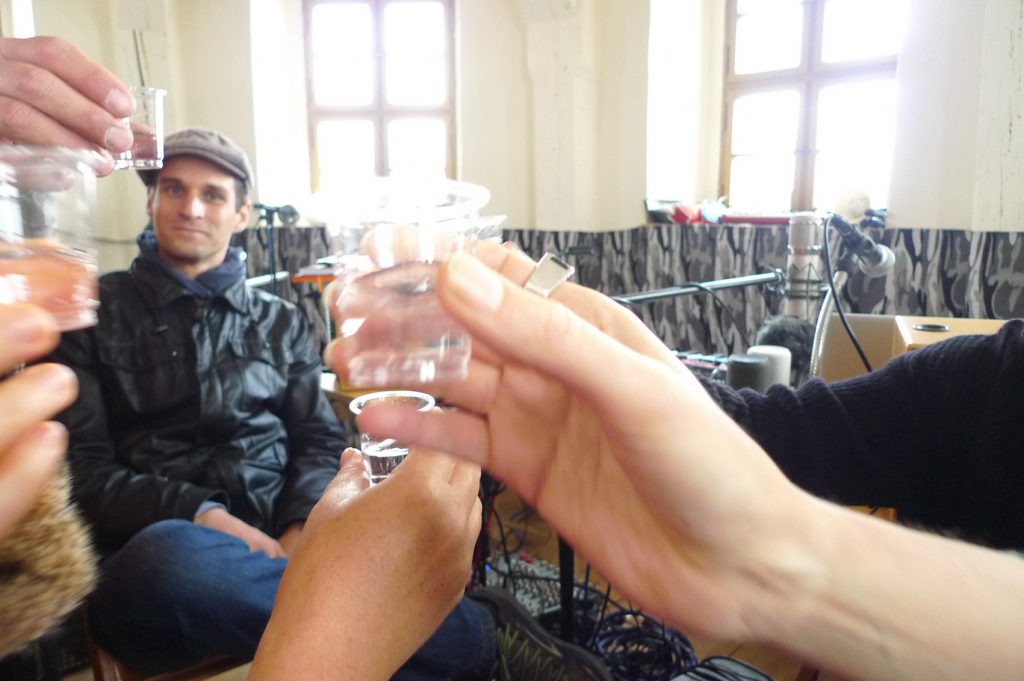 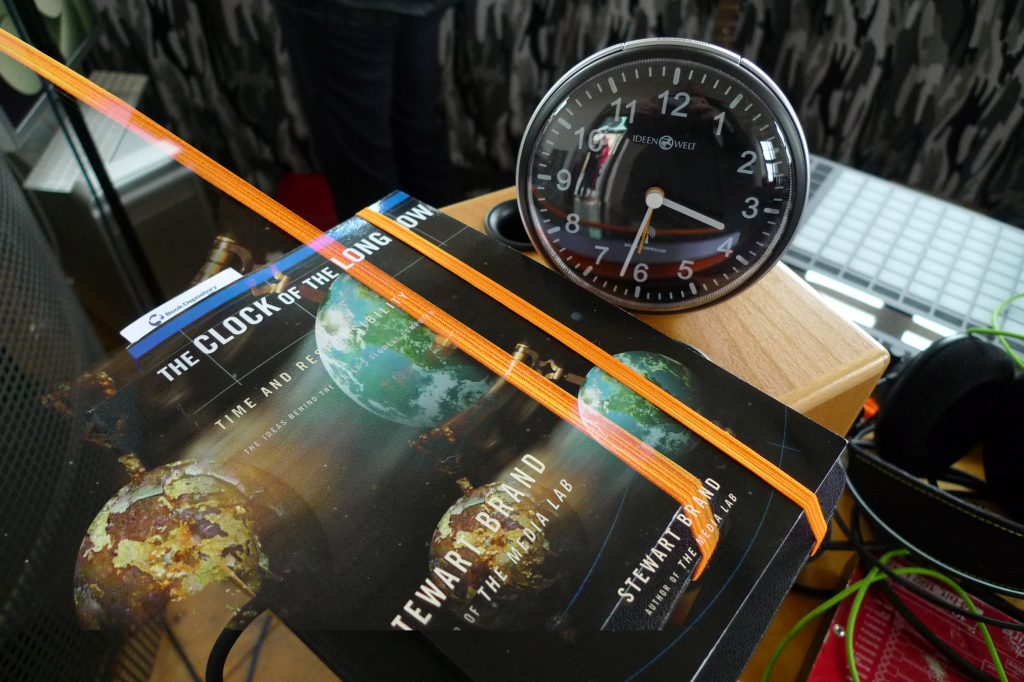