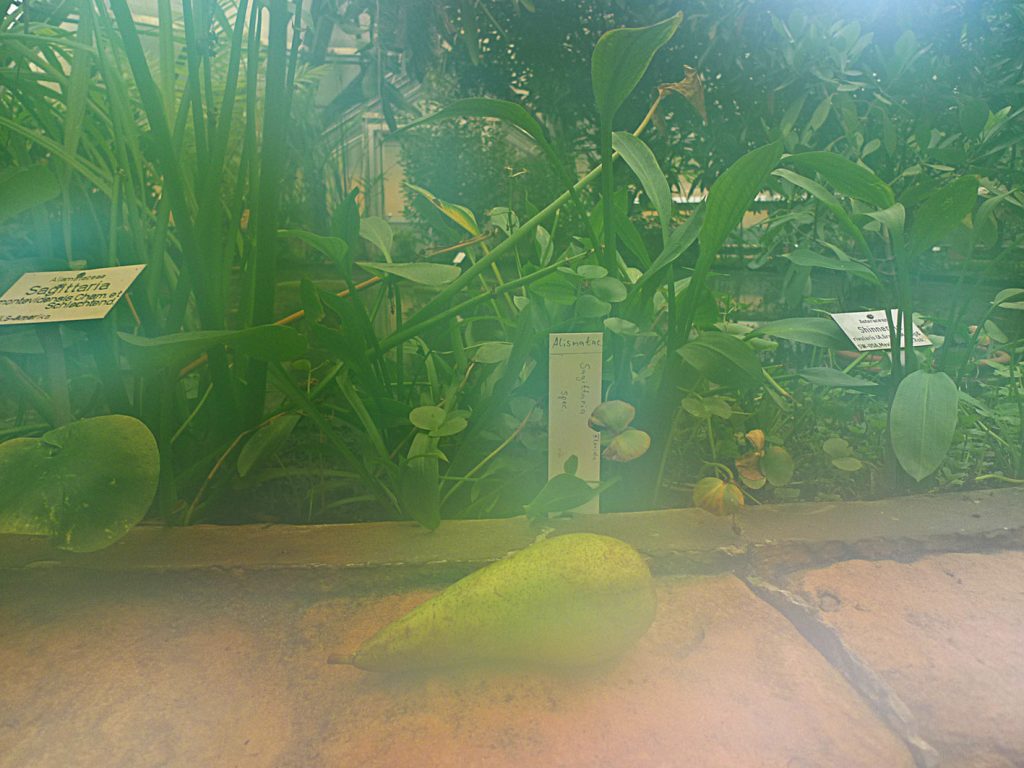 October feels already like November, the eyes are searching for color in absence of blue patches in the sky. Revisiting the Botanic Garden I took a pear with me to eat in leisure while listening to Hartmut Geerkens hot house installations once again.
I sneaked through the side entrance of Halle’s botanical school, came across a path strewn with sweet chestnuts and continued along drippy tree formations, autumn crocus and wet asters to the hot houses. 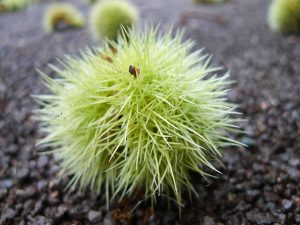 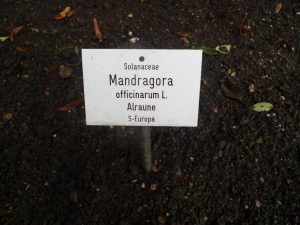 The Victoria house hosts plants from Australia and partly South America:  among them bromeliads, a variety of ferns, a mangrove, plants of the peanut family and a big pond with water lilies. The sound of water drops mixes with a soothing acoustic loop composed of whispers and snorts. 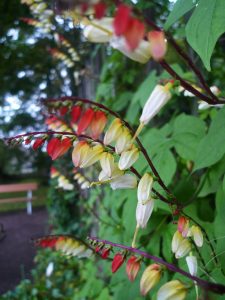 The second hot house was silent.

The third „Tropenhaus“ was also silent… or wasn’t it? As I inspected a dark red nose-shaped Borneo flower a sudden twitter of birds leaked out of the green wall, two longer „tweed-tweet“ calls followed by three short „twit-twit-twits“. 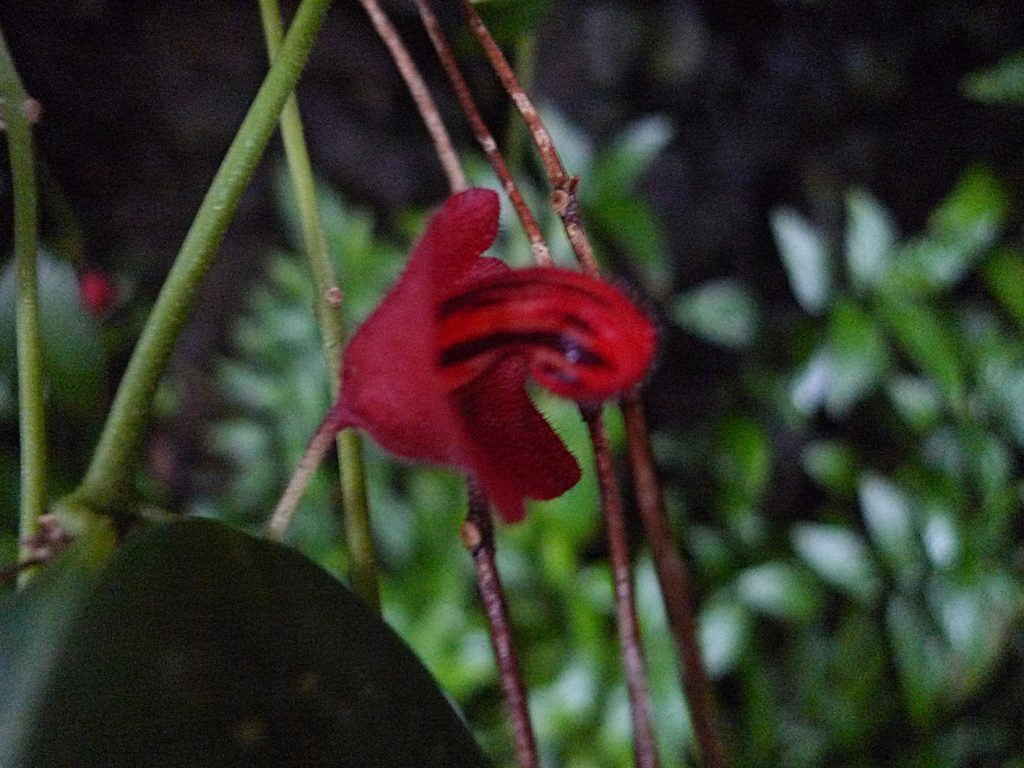 I also revisited Peter Courtemanche’s work hidden in the tangles of some fence climber in the „system garden“. As the clouds didn’t let though any ray of sun, it was silent. There was only the rustling of trees and the minimal percussions of rain drops on their leaves.

There were flowers though. And plates with charming or adventurous plant names in empty plots. Here comes a small selection and with it some of autumn’s stunning colors. 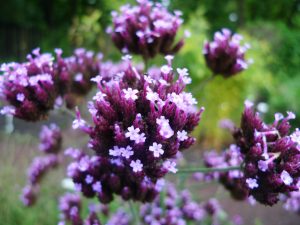 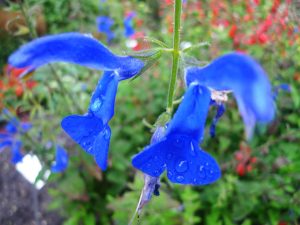 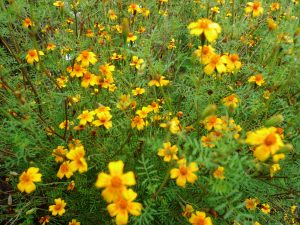 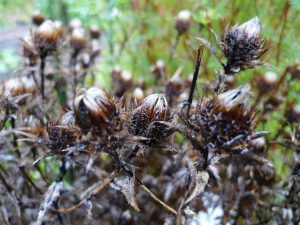 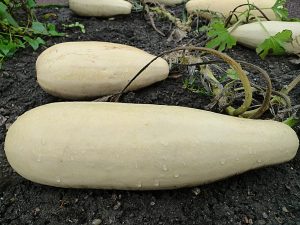 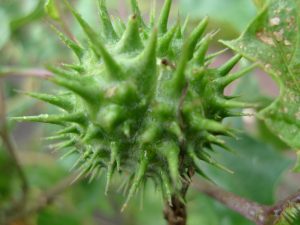 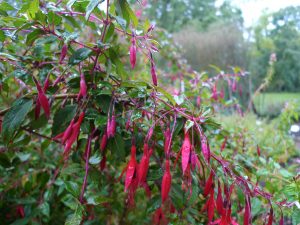 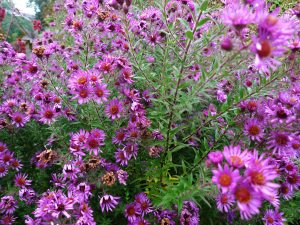 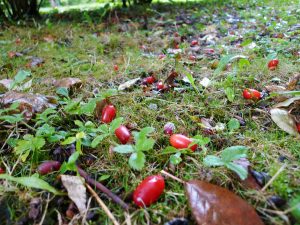 Last but not least I peeked through the window pane of a cactus house. An inexplicable sign was propped up next to a side-species of the Rebutia family on a fake Bolivian „mountain scape“: „Radiation Sulcorebutia“. It is not altogether clear what „radiation“ means in this context. Rebutias as well as their seldom mentioned relatives Sulcorebutias are by no means radioactive… hm. 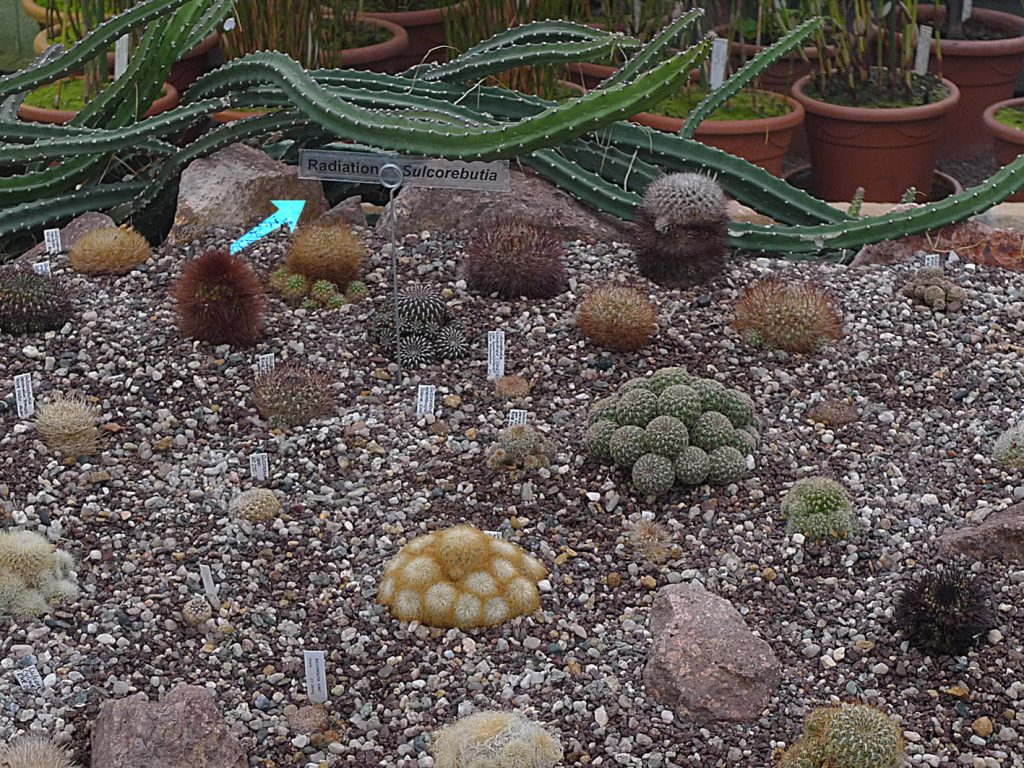