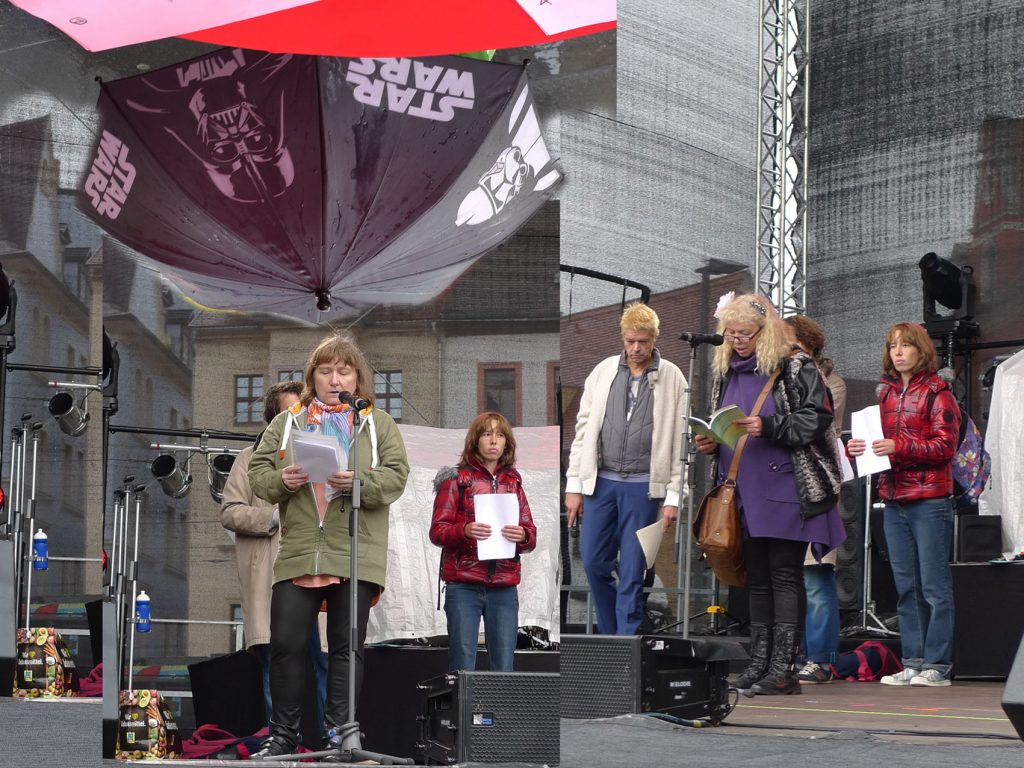 14:00, 3. Oktober
These days I keep thinking about a haiku that goes a bit like this: “Umbrellas – in endless numbers! – hesitantly move up the road.” (Don’t count the syllables it is neither correct wording nor translation). Umbrellas and a great number of hesitantly moving people were to be sighted today on the marketplace too.
While the mayor holds an introducing speech mentioning at least three times the concert of “Die Prinzen” tonight Marold, two poetesses from Halle and a group of volantary performers get ready for the chorus. Both women perform their art, one shorter, the other – describing her experiences during the “day the wall came down”, shortly before and afterwards and in hindsight and for the future – longer. 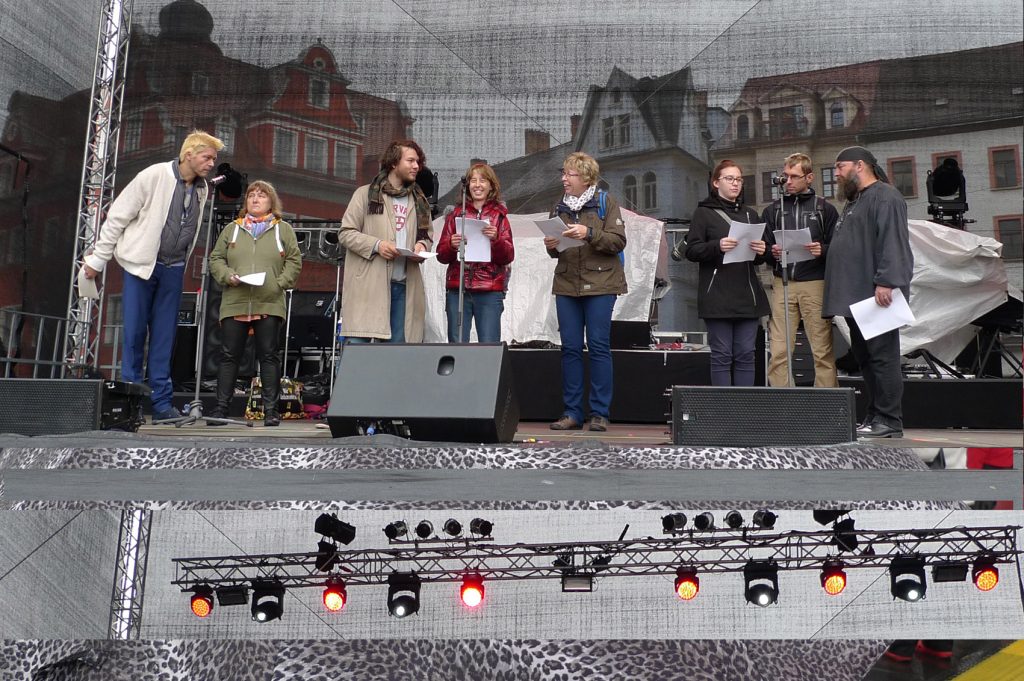 Marold’s text, also adressing todays “Tag der Deutschen Einheit” is spoken by two alternating choruses formed by the people on stage, the audience on the market space listens attentively. The speeches cause some discussion about the past and present situation. And an elder gentleman starts to tell me his life story.