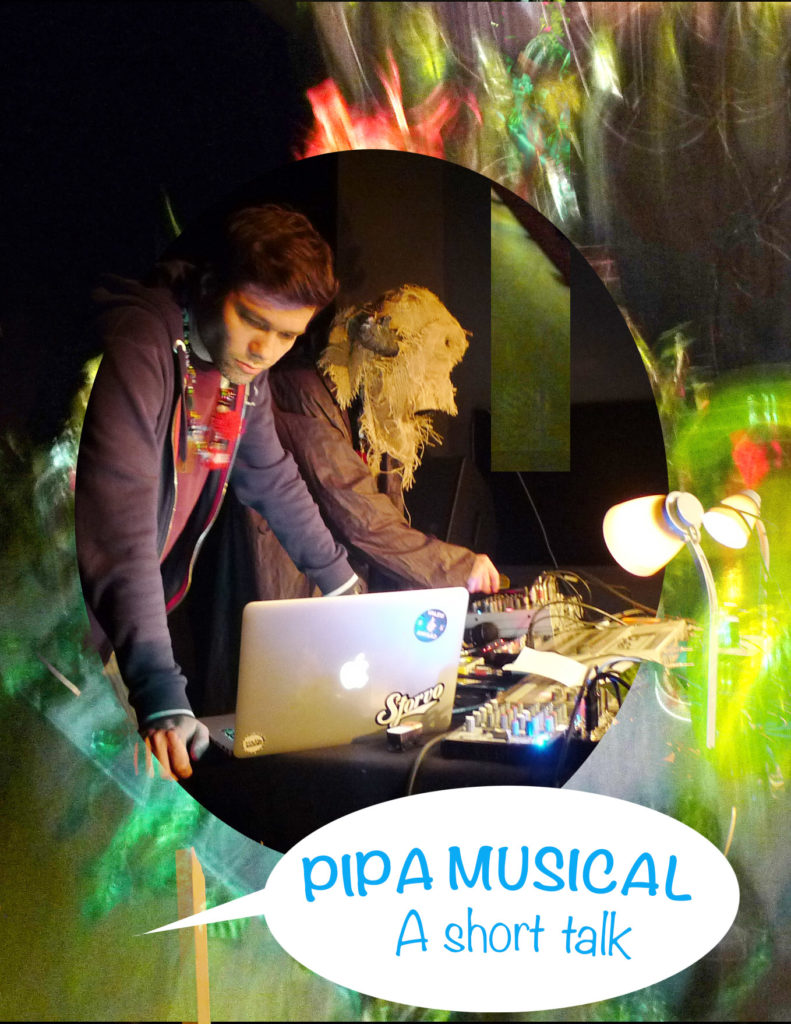 How can you chase away a mosquito that is irritating you? Answer: Imitate the male mosquito’s buzz and the bloodthirsty female will leave.

Pipa Musical from São Paulo brought the tropics to Radiorevolten. Their performance sparkled in a fusion of vocal samples, poetry, pot plants, beats and balloons and drew on the ancient and idiosyncratic rituals that influence the daily lives of people in Brazil. Still, a much more serious topic was underlying the impromptu performance: In the last couple of months, the Dengue virus has even outrun the Zika virus, its prevalence having increased by 82 % compared to 2014. Multiple strains of Dengue are circulating in some parts of Brazil, and infection with one strain doesn’t provide immunity from the others.

Rogerio Krepski and XTO who made their first radio shows on the occasion of Knut Aufermann’s and Sarah Washingtons Radio Mobile Project in 2012 during the São Paulo Biennale, both maintain strong bonds to traditional folk beliefs. I was curious to know more. 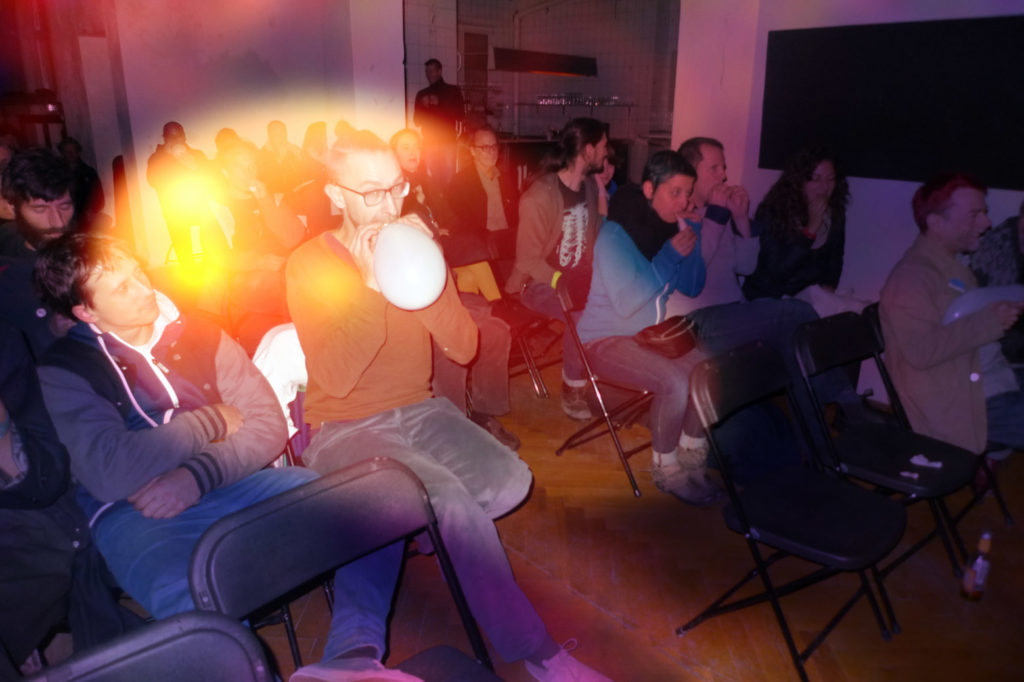 – Tell me about the collars you are wearing. Do they have a meaning?
R: The meaning is that we are playing about the rituals and the act to go to the wardrobe and choose the clothes and the accessories is a ritual everyday.

– What kind of rituals?

XTO: In Brazil our official religion is roman catholic but we have a lot of different folk beliefs that mix with it.

R: For example the red color here is for Ogun, the god of war.

– What belief are your colors about?

XTO: I believe in carnival. just colors we use them are special for carnival. the carnival is a very serious ritual for us. That mask I made I made for carnival. And also these collars are very special  and my friends fight for them

R: In fact in carnival we all join together to celebrate this big party for our country.

– Do you then buy these collars or is there someone who gives them to you? They look precious…

R: It is not really precious but is made by juisto

XTO: I really have problems in pricing them because every time i do them i enter into some kind of trance…

So when I make it i don’t think…

R: you know these high-heels girls, you know the posh ones, they will maybe not like these colliers. this is more for the alternative ones.

– Maybe. Maybe not. Tell me a bout the mask you were wearing. It is also like a magician’s mask.

XTO: I it did that for carnival a lot of years ago I did that i met a photographer, his name was Charles Fraser and he was looking for folk cultures and their masks. And there i suddenly saw a lot of masks like that that I had made. I think there is something like a collective consciousness…

XTO: But when I was doing it I didn’t think much about this.

R: We want this rich entity and we want to bring those good vibes.

R: We are having this problem yes and we are far from a solution.

XTO: In fact we celebrate here… we make a cult the extinction of that mosquito. Also for our friend who should be here with us.
Five days ago he got infected with Dengue and he missed all of this special event. Now he can’t be with us.

R: So our performance was very different, not like we thought about it. because we tried everything to heal him from here. We were working at the performance until the last minute before it started. 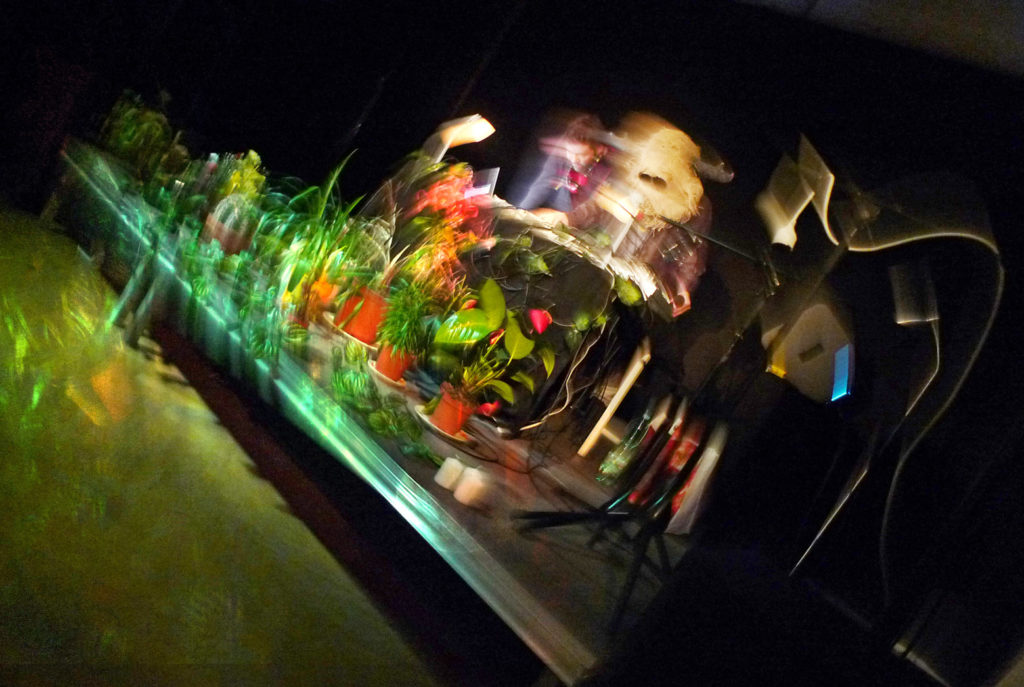