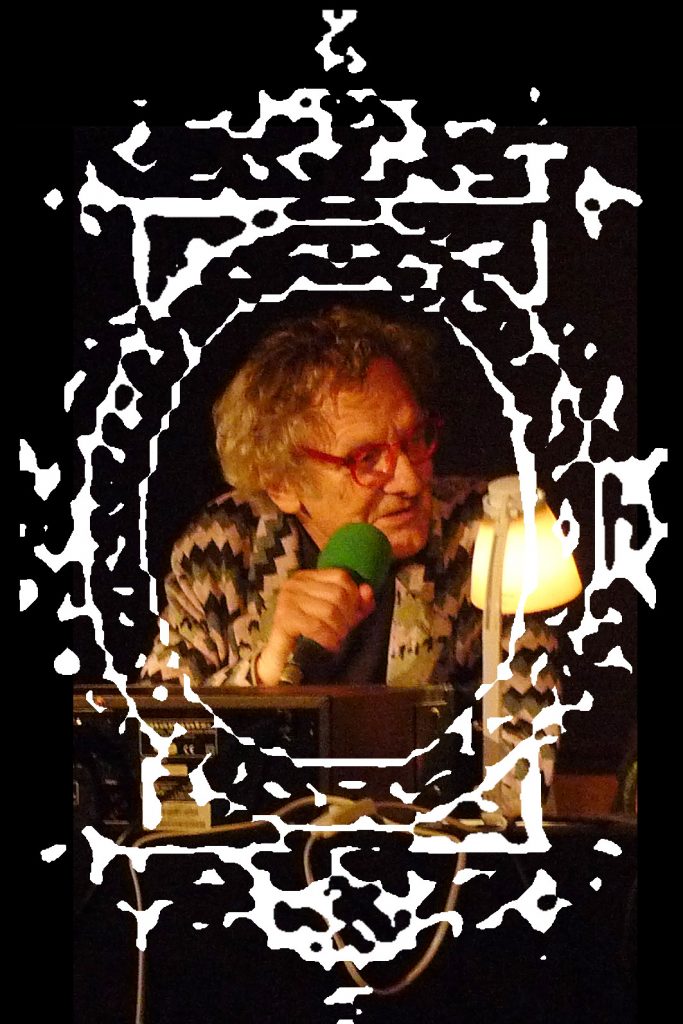 (übersetzung folgt) Willem de Ridder’s show evening happened to concede with his 77 birthday. Probably everybody with a great and long and famous past is eligible to highlight his (or her?) favourite reminiscences on such a day… making elaborate jokes, and taking the audience onto a journey through one’s biography. 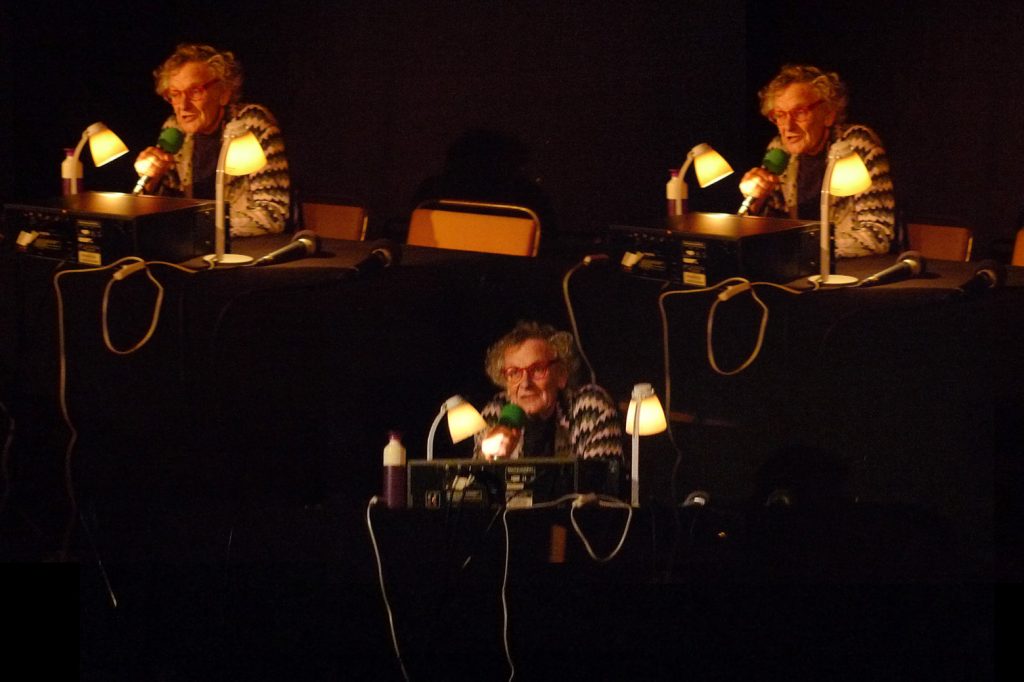 De Ridder packaged the (his)story of media into a handy parcel of story telling…. possibly not quite in sync with today’s concepts of gender and cerebral hemispheres.  Being intimate with the listener – does this necessarily involve asking him (or her) to masturbate with the phone turned off and the radio on? I am not sure whether I geht this right, but there was also a story about motivating people to get into their cars and drive and then turn off the lights on the highway. Maybe this was not literally meant to get realized. I pondered: Is radio making about excerting influence on the listener ?

Part of this connection to action was definitely owed to de Ridders’ Fluxus past. „Is there time? There is no time“. But let us switch to the radio play that he very charmingly initiated with four members of the audience. Starting with a little pig that dreamt of going to the North pole and a bird to accompany it, the story went on with a continually expanding set of characters, involving a coat-seller (later a dragon), a cinema visit, a princess, a prince (formerly the bird), a nightmare-come-true changed political landscape (Trump got elected), an excursion down a trap door, complete with wardrobe to disappear in. It was funny and entertaining and surely De Ridders proclamation that it needs only a set of people with preferably independent minds to create a radio play proved true. Even though most classical memes of fairytales were employed, the play had its moments of psychological ruptures and/or (dis)closures.