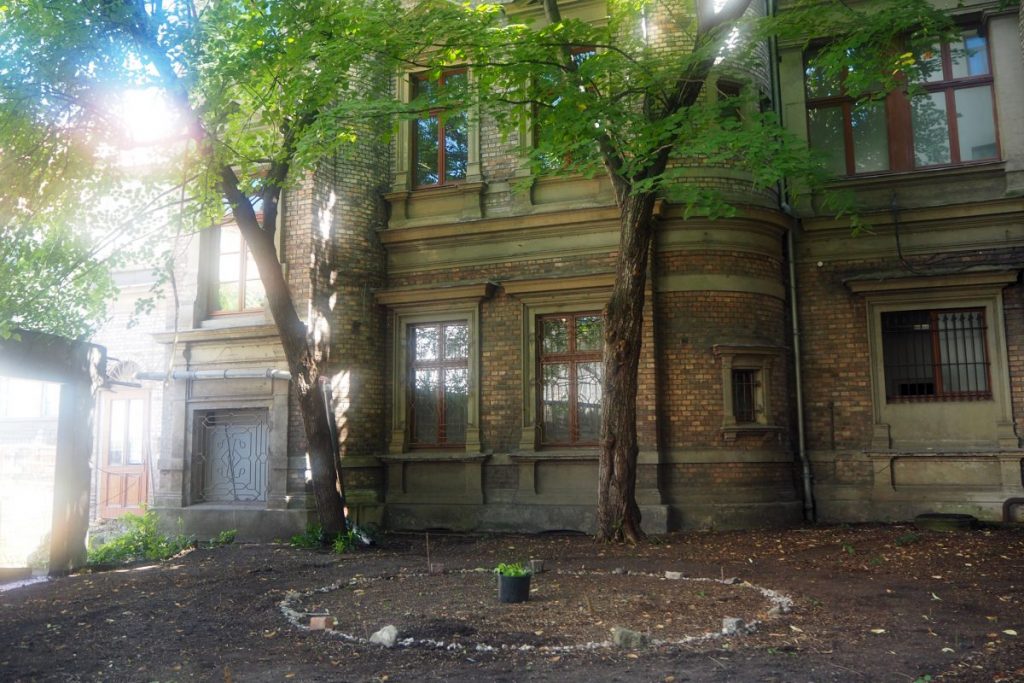 13th of August, a suitcase with David’s Harp, German iris and Turkish sage, a bag filled with oregano, wild strawberries and woodruff are being sorted in the radio garden. The weather is fine, and under the trees looms already a circular plot, outlined by pebbles. The ground is dark soil with lots of earthworms, though a bit hard to break.
According to Alex’ garden master plan, five paths will be radiating from it with grass in the patches between.We decided on a “semi-baroque” arrangement of plants J. Meaning, we would plant almost everything and make it look as good as the bedraggled specimens would allow. A multinational bunch of volunteers arrived shortly after a tweet showing the “porticulture” bags, which was great and made work easy. 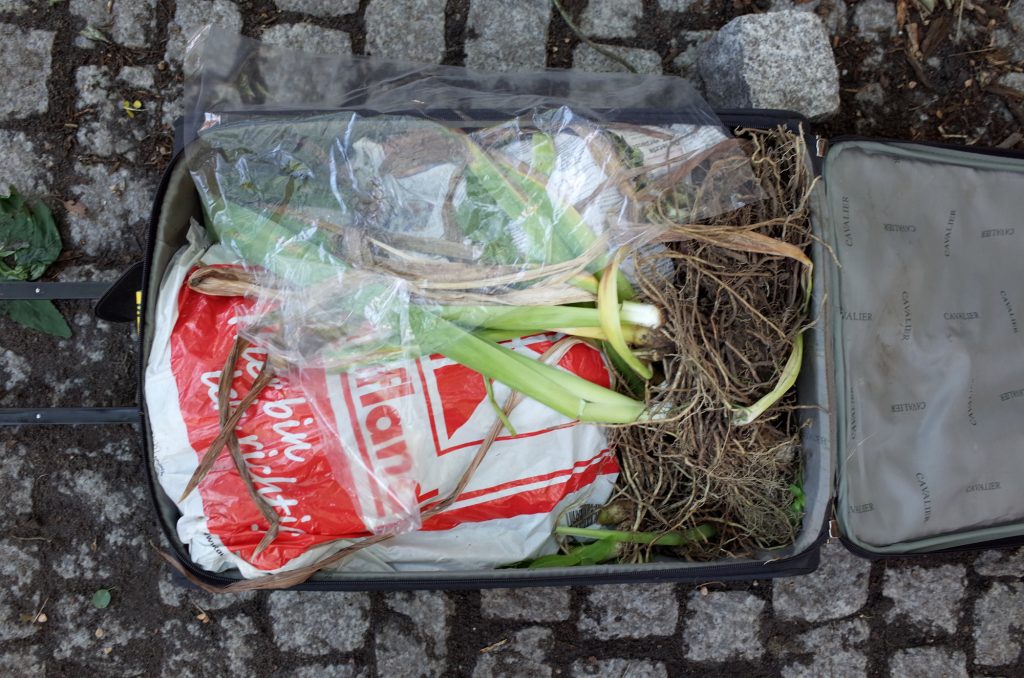 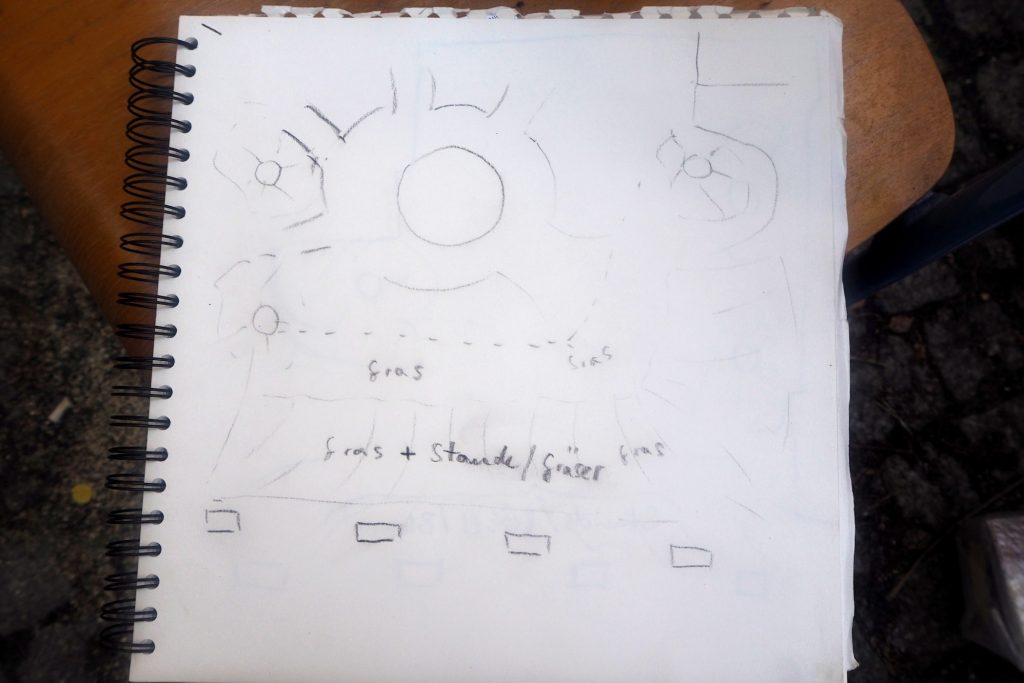 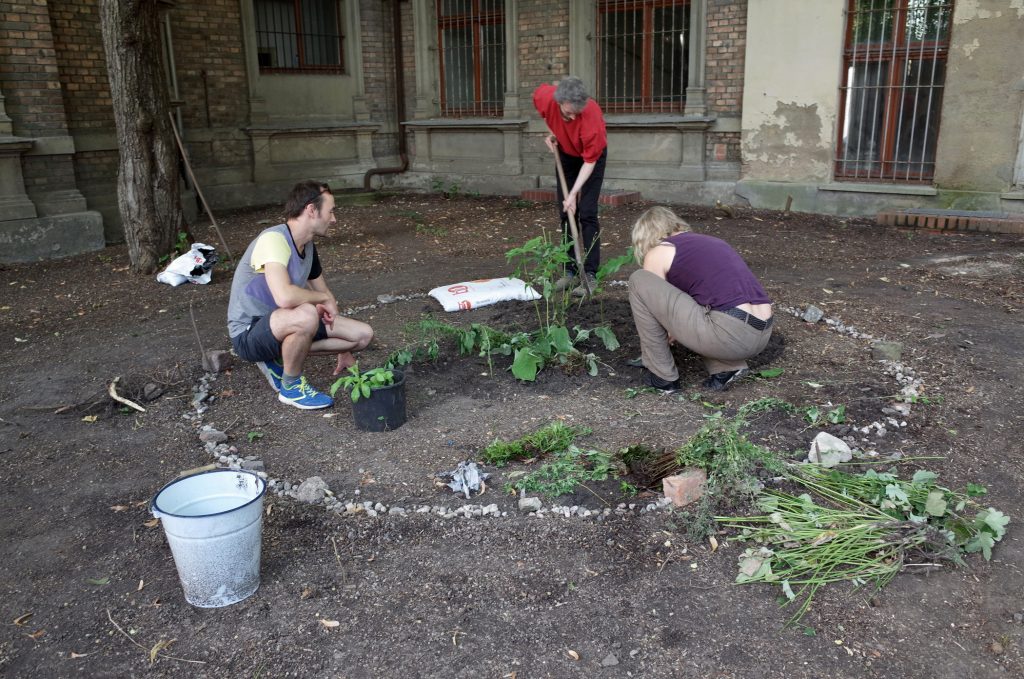 Like all average sized towns Halle in August sprouts a station, a shopping mall, summery traffic and posters of eloped cats pasted to shop windows. Unlike those (German) towns, Halle still has a lot of well preserved architectures from the 17th century and quite a number of half-timber houses whose stark, unrenovated facades make them look like huge versions of witch’s cottages. 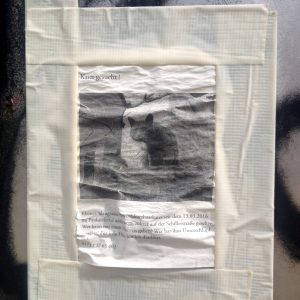 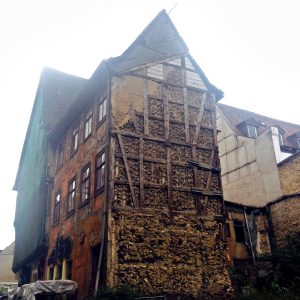 I had expected to see all kinds of people flitting around on the Radiorevolten premises and technical stuff being installed. Not yet! The spacious rooms lie as dreaming, waiting, expectant but visibly already enjoying themselves. Looking around the buildings (it is two adjoining houses) I was amazed about:
– their roominess
– their beauty
– the incredible work already done in throwing out dirt and trash. 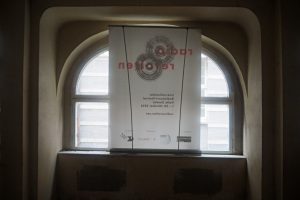 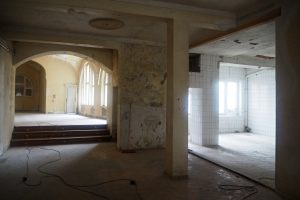 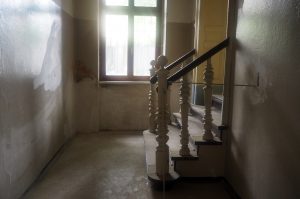 Without volunteers the upcoming festival wouldn’t be possible and it is more than 30 of them, all from different nations that go about this monster task with a huge amount of ingenuity, energy and cheerfulness. 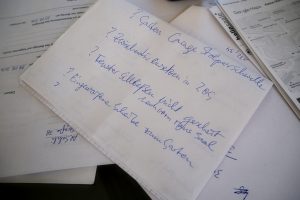 More things to do…

Some images in my memory are clearly tinted green and golden. Of course this might be due to the Radiorevolten wave particles buzzing around with slightly more energy that those of normal light. Then again, there is a cocktail bar in the neighbourhood that offers very interesting drinks. The combination of evening sunrays, mint, apricot and gin molecules made for an extraordinary radio-receptive cerebral state. Radiorevolten hooray! 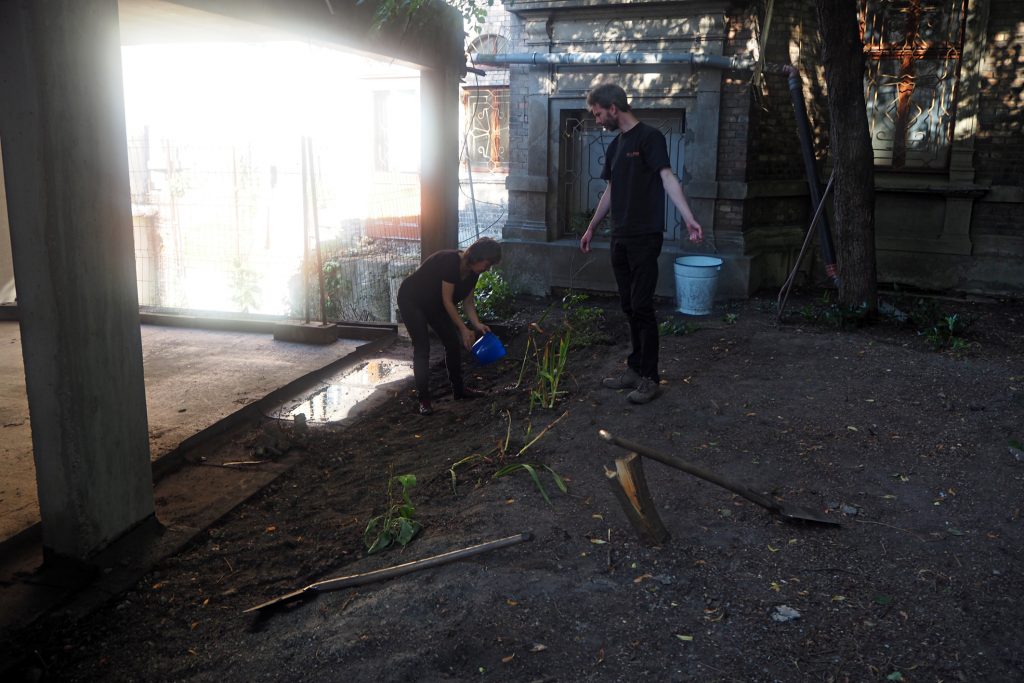