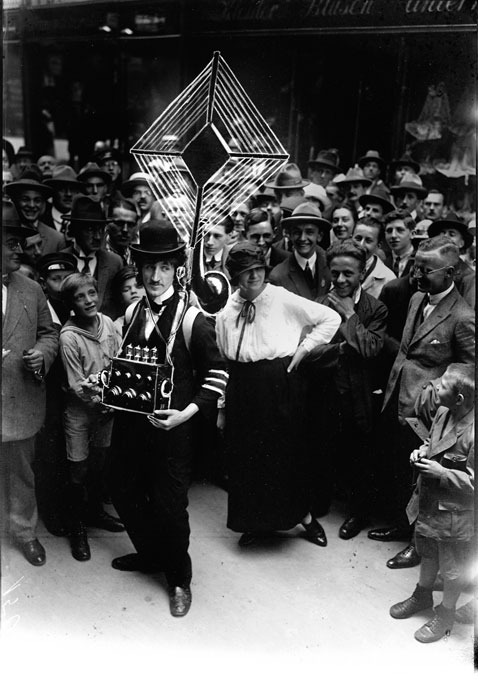 »Dear invisible ones!« – this is how Walter Benjamin introduced some of his broadcasts during the Weimar Republic. As invisible as listeners were to Benjamin, as little is known about many aspects of the exhibition on the seemingly familiar medium radio.

To name but a few examples: For the first time on show, there’ll be early 20th century collections of audio recordings and recording devices of the department of speech sciences at Halle University, proofs of an unanswered call for a workers’ transmitter during the Weimar Republic, evidence of convictions of so-called »broadcast criminals« – i.e. persons who had been sentenced in Halle for having listened to so-called »Feindsender« (enemy-radio-stations) – during the National Socialism era, and last but not least pirate radio stations of the times of »Real Socialism«.

The re-reading offered here is not just a coming to terms with regional radio history, but will also examine the situation of communication, mass media, and its production environment in the prevailing social circumstances at a time.

At the same time, the audience will be encouraged to assimilate: Early audio recordings will be audible via authentic devices, microphones of those days as well as pirate radio stations can be personally tested and experienced.

An essential component of the exhibition is an unequalled collection of radio receivers that transform the Stadtmuseum into a blend of craft corner, cabinet of curiosities, and workshop – and thus into a perfect place for upcoming live radio broadcasts, workshops on the construction of radios and transmitters as well as Discussions with contemporary witnesses and experts.

Guiding Tours: (2€ plus admission to the museum)