Radio Space is the Place 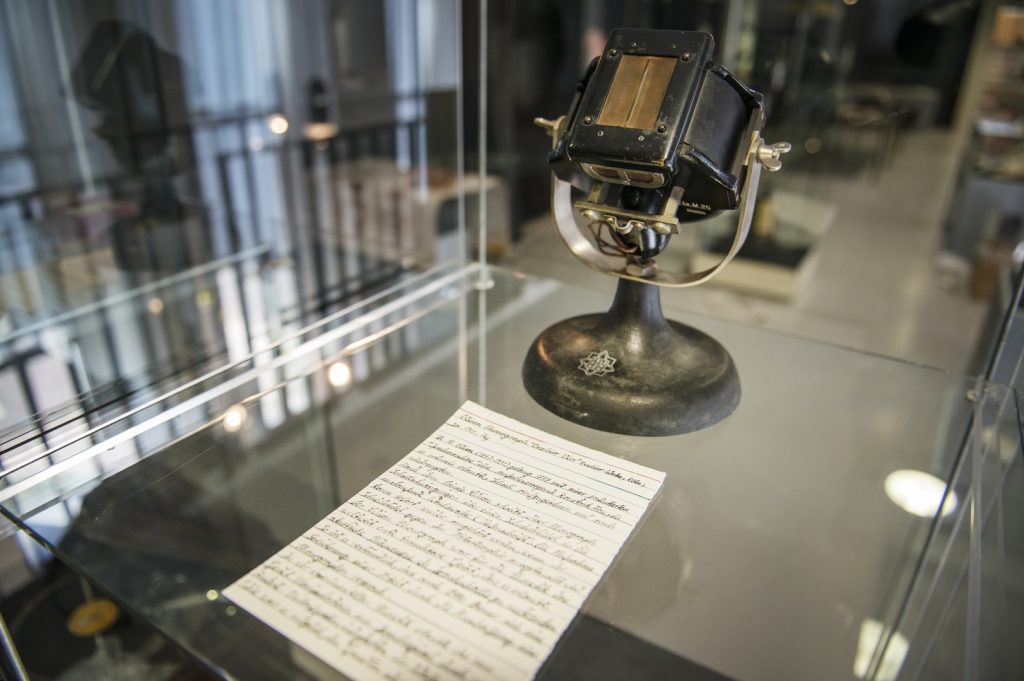 listen live on UKW 99,3 MHz and per webstream
listen afterwards on www.radiorevolten.net

A collaboration with the department of Speech Science at Martin-Luther-University of Halle-Wittenberg, Experimental Radio of the Bauhaus-University of Weimar and the SNF Sinergia Research Project: “Radiophonic Cultures – Sonic environments and archives in hybrid media systems”.

Radio space (envisioned as a continuous, available, fluctuating area), is inhabited by interpenetrating and overlapping fields and bodies. We are led to believe that each part of the electro-magnetic spectrum is precisely and evenly divided into categories such as AM or FM radio, shortwave radio, VLF or UHF frequencies, etc. However, listening and playing with waves reveals a radically different reality: frequencies are in fact not discrete but dense and overlapping; noisy, full of fluctuation, interference, and dynamic activity. Radio space refers to both the symbolic spaces of cultural production such as a radio station as well as to the invisible but very material space of dynamic electromagnetic interactions.
Radio in the 21st century has undergone numerous changes, from format to distribution channels to the democratization of production through old and new media appropriations. Radio space as described by the radio dial is likewise on the verge of major change, as AM, LW, and citizen’s band frequencies fall silent, and FM radio is the next band to experience a potential station exodus to digital radio. At the same time, there is renewed interest among corporations on the one hand, and citizens, artists, and students on the other to re-occupy these emptying frequencies. So never mind the radio of the future – what proposals, projects, activities and art practices are taking place now across what we might consider the post-industrial vacant lots of the radio band?
Exhibitions and public presentations at Radio Revolten 2016 will demonstrate the significant variety of practices undertaken by artists working with transmission and radio internationally, in order to explore the social, symbolic, and material space of transmission and broadcast. What further potential can be utilized immediately for expanded radio practices including radio art?
This international conference blends lectures with an open round-table format, where invited artists, practitioners and researchers together with audience discuss the challenges and potentials of working across frequencies in expanded radio space.
*The title is referring to point 7 of the RADIO ART MANIFESTO written by Robert Adrian on the occasion of “Immersive Sound/Kunst in der Stadt II”, Bregenz 1998

In recent years, scholars have reacted to the transformation of radio space – online audio, radio art, podcasts, historical listening, the replacement and reimagining of terrestrial radio – with excitement that radio, as a historical object, is ready to be “made strange” once more. Radio isn’t just what we used to think it was, or where it used to be. In this lecture, Verma turns to how radio itself has embraced and depicted this “strangeness”, focusing on Tom Stoppard’s 2013 radio play Darkside, a drama situated inside the landmark 1973 Pink Floyd album Dark Side of the Moon. A dark comedy about madness and climate change, Darkside makes the case that there is a shared tradition linking concept albums, thought experiments and radio plays, three genres the play nests within one another. In doing so, the play also prompts us to rethink how radio today occupies two invisible spaces that it has long defined more powerfully than any other medium – the air around our bodies and the listening imagination contained within them.

In a particular way the history of radio has also been one of the future: a history of projects, imaginations and experiments dealing with communities, societies or collectives to come. Thus, this past has also been one of a critique of a respective present; a political, theoretical or – in the widest sense – aesthetic critique, often being exercised in actual practices. A crucial point from which critique unfolds from time to time can already be found in the term radiophonics: The specific connection between a technology of transmission by electromagnetic waves and the sounds of radio. From this point, questions can be asked like: Who can – or cannot – get a hearing? From whom and how? What does this scattered listening to the radio that at the same time is shared or even collective produced? But also: how does it sound then? With the digitization of radio something in its history is coming to an end and simultaneously the question ‘what happened to the future?‘ seems to be raising increasingly.
In this context, the round-table will discuss questions of future radiophonic collectives or connectivities: How have critical practices and techniques of radiophonics been conceptualized and how could they be thought of in the future? Which role do specific radiophonic configurations play in this context, what marks particularly the connection of technical networks and infrastructures with acoustics, the hearable or sound? How do radiophonic connectivities operate under present political and technical conditions, how do they form and how could they be formed in the future?

Radio space is fluctuating, shared, temporary, and relational. Radio space includes the symbolic spaces of cultural activity such as a radio studio or the various sites of listening, as well as the potential and material space where people and devices engage in series of relationships over distance.
This roundtable engages artists and curators creating alternate radiophonic spaces that depart from the radio station/studio paradigm or daily programming grid, expanding the notion of ‘radio’ to include temporary, independent, site-specific and often portable activities together with transmission technologies.

Expanded notions of media and transmission must continually contend with systems of command and control which characterize modernity. Radio is deeply implicated in reproducing political norms and military imperatives as much as it can be claimed as a poetic space for experimentation.
This open table will range far afield to consider what is at stake for the formation, agency, and transmission of independent cultures in an era of massive global and environmental change, where the liberatory and innovative potential of social and online media have proven as fraught as early Futurist promises that radio would dematerialize and unite all human consciousness. Our heretical panelists consider the pre- and post-histories of transmission, and the spaces between the channels.

In the workshop the studio sound of the early years of broadcasting will become alive again. How sound experiments from former sound departments might sound today will be discussed with media scientists, broadcasters and former broadcasting engineers together. And also which possibilities and limits of experimentation in comparison between then and now can be found.

Radio studios are especially in the early history of broadcasting experimental acoustic laboratories, in which collaboration took place in a close interplay between sound engineers, musicians, editors, writers and directors. But there is always the technical equipment of the studio which defines the limits of what is technically and acoustically possible. Quite often cultural techniques are dissolved of their technology of origin. But where exactly did the practices of those involved took place, where have been the possibilities of tinkering and experimenting? Was radio conceived as an open arrangement? What were the differences in the way radio studios operated between countries and studios? How did they influence each other and which traditions can be seen between them, then and now?
In a workshop the studio sound of the early years of broadcasting will become alive again, the BBC Radiophonic Workshop will hopefully by means of Matthew Herbert’s participation be awakened from its slumber. How sound experiments from former sound departments might sound today will be discussed with media scientists, broadcasters and former broadcasting engineers together. And also which possibilities and limits of experimentation in comparison between then and now can be found.

In recent years the term ‘archive‘ has experienced – particularly in the context of the digital revolution – a rise of unprecedented dimension: associations like ‘secret‘ or ‘dusty‘ are long gone. The archive is of great public and interdisciplinary interest and became the key concept of knowledge and media history. In the field of radio art, this was not without consequences: New ways of distribution and artistic practice have arisen on the basis of audio archives. Online platforms and streaming technologies have opened up new ways of publicity to the independent scene and made material from audio archives accessible, which in turn was the starting point of multiple artistic works.
But how and what could an archive of radio art under the new circumstances be? An archive that is dynamic and also copes with its artistic content? In which way is the temporality of the radio changing in view of digital platforms? How could a modern museum environment look like for an ‘invisible‘ art like radio art? Which role should algorithms and metadata play in this context?
In this panel discussion old and new concepts of archival order are scrutinized with curators, media scientists, radio theoreticians and sound artists. Radio art archives will undergo a multi-perspective viewing. In addition, a common outlook for a new archive to radio art is to be developed within the discussion.