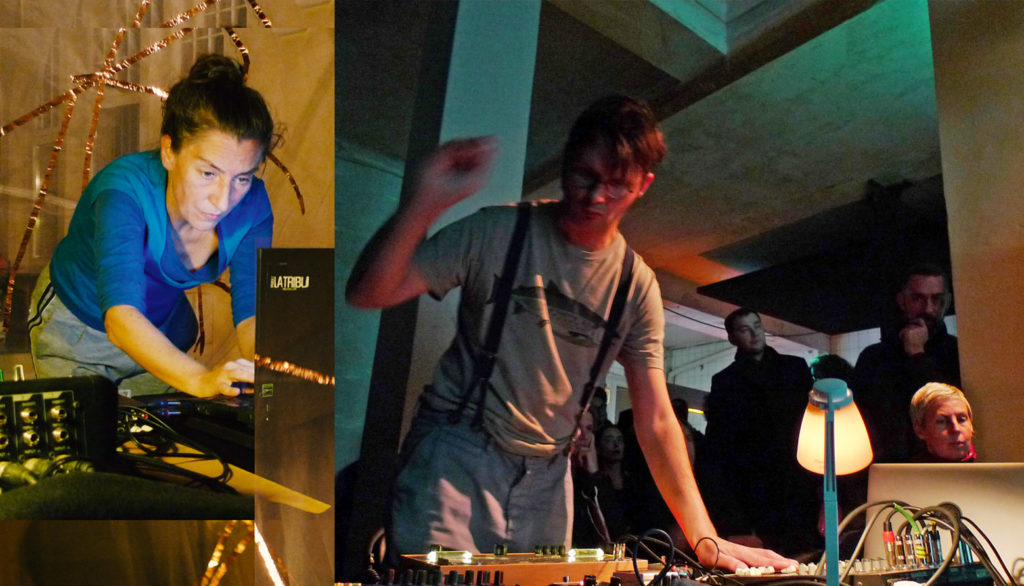 These are harsh sounds that DIY artist and activist Reni Hofmüller puts forth through the speakers: crackles and patters that come and go in waves, sometimes at an „ear-piercing“ loudness. In their intense density  they remind me of sun storms and cosmic radiation. Her „Resonating Sculpture III“ hangs cob-web like behind the mixing desk and reflects the light in its copper veins. The gleaming stripes for whose pattern she chose of the lines of her left hand act as an antenna; they catch whatever radiation frequencies permeate the air in this „radio space“ of the Revolten Klub.
Hofmüller’s fingers move nimbly from the laptop to the controllers adjusting, modifying and modulating the noise waves. Her gaze is fixed on the screen, while the audience submerged in row after row of chairs. Shortly I am under the impression that they are the passengers on some kind of spaceship where the pilot navigates them through galactic storms. 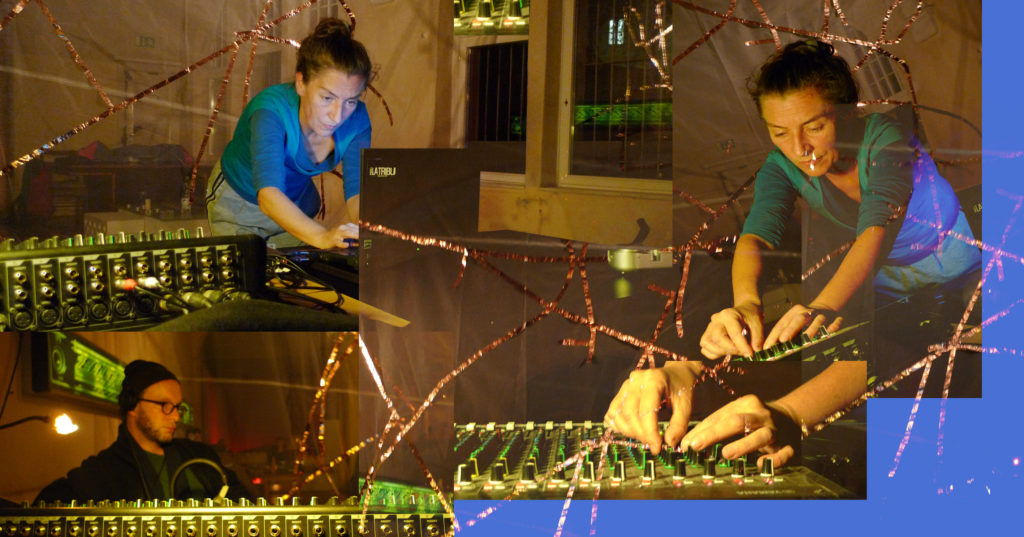 A different journey awaits the Revolten guests after having their chairs turned into the opposite direction. The joint performance of Konrad Korabiewski and Anna Friz is a combination of sound and video work. As we see the images on the screen unfold from pure white into snow covered landscapes with the giant silhouettes of electric poles, Korabiewski improvises on samples, field recordings and material taken from international CB-bands, most of them originating from Iceland and Chile. As the piece develops the imagery stays with the interplay of black and white showing most beautiful shots of „antenna forests“ and tangled wires photographed by Friz in Iceland and in Valpariso/Chile. 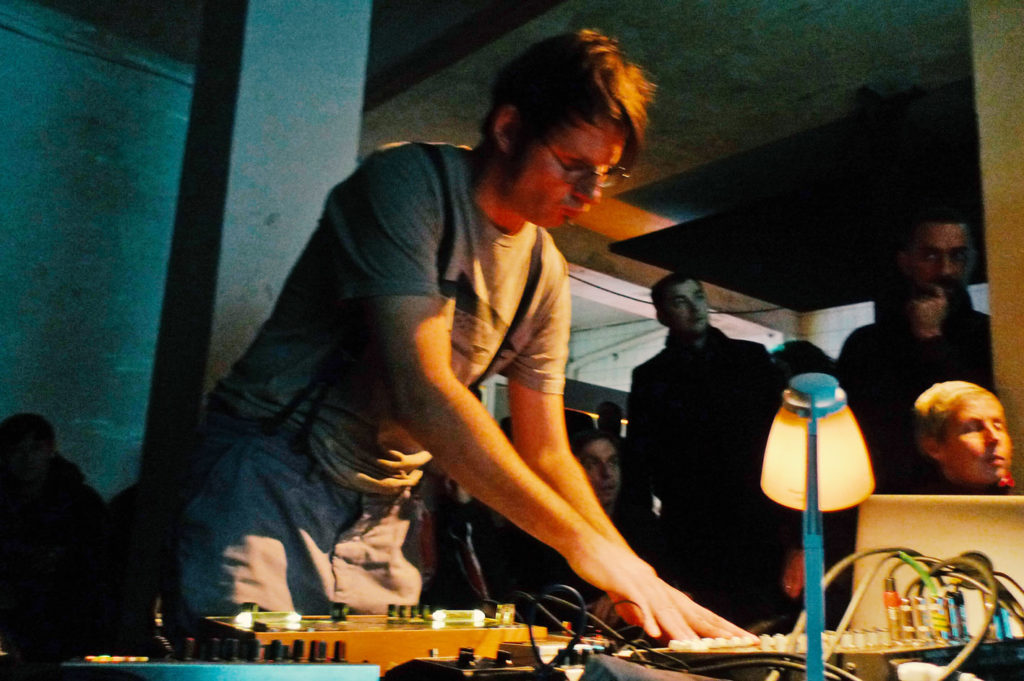 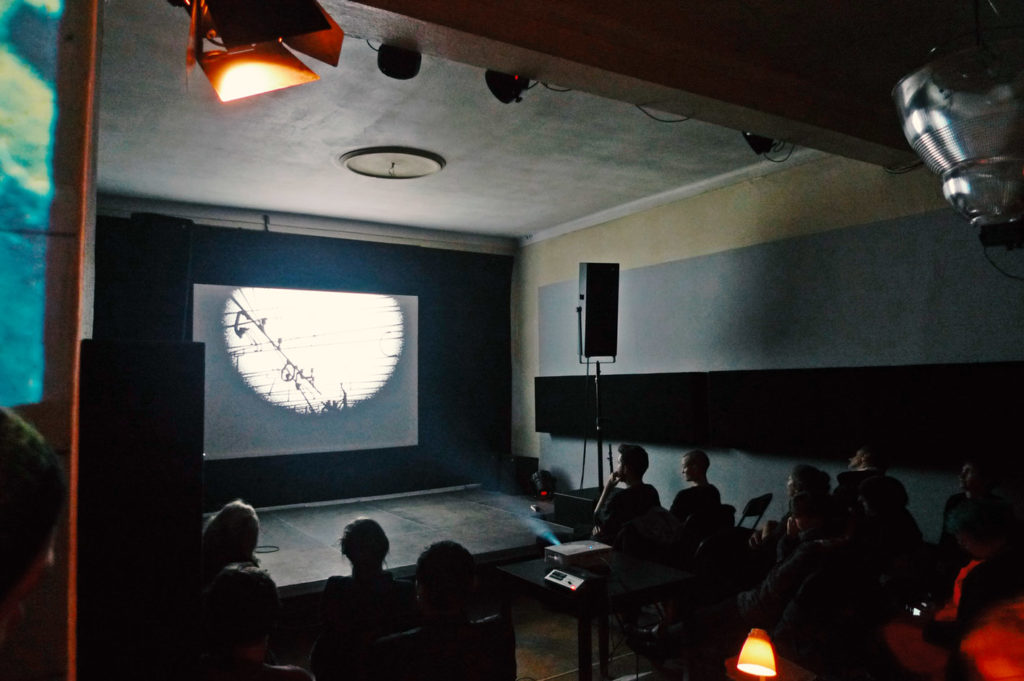 The performance evoked a sense of distance and immediacy at the same time and was fittingly stretched between the visual concepts of at white-out at the beginning, and, most consequently, a „black-out“ of music and image in the end. One person in the audience remained exceptinably still during “Citizens Band 19”: He had seemingly fallen asleep while standing and listening. 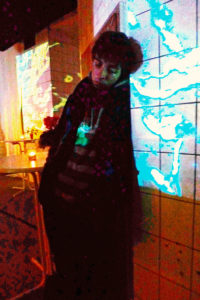 A third journey was undertaken by myself, acting as a one-turntable lady DJ, playing some of my vinyls that I brought to Halle. I can say we had fun 🙂 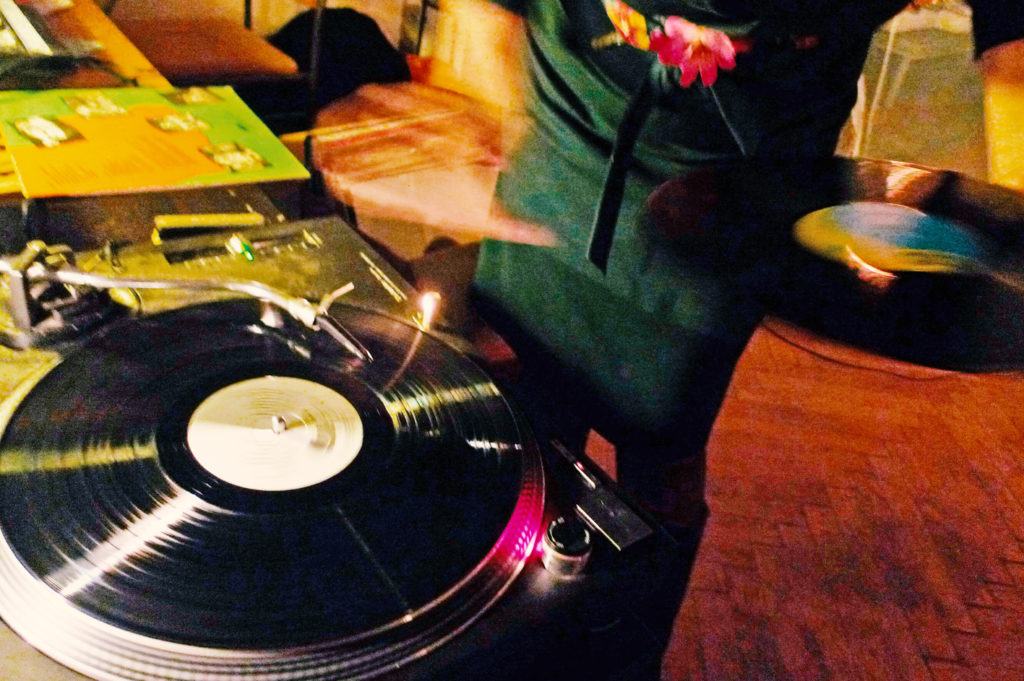