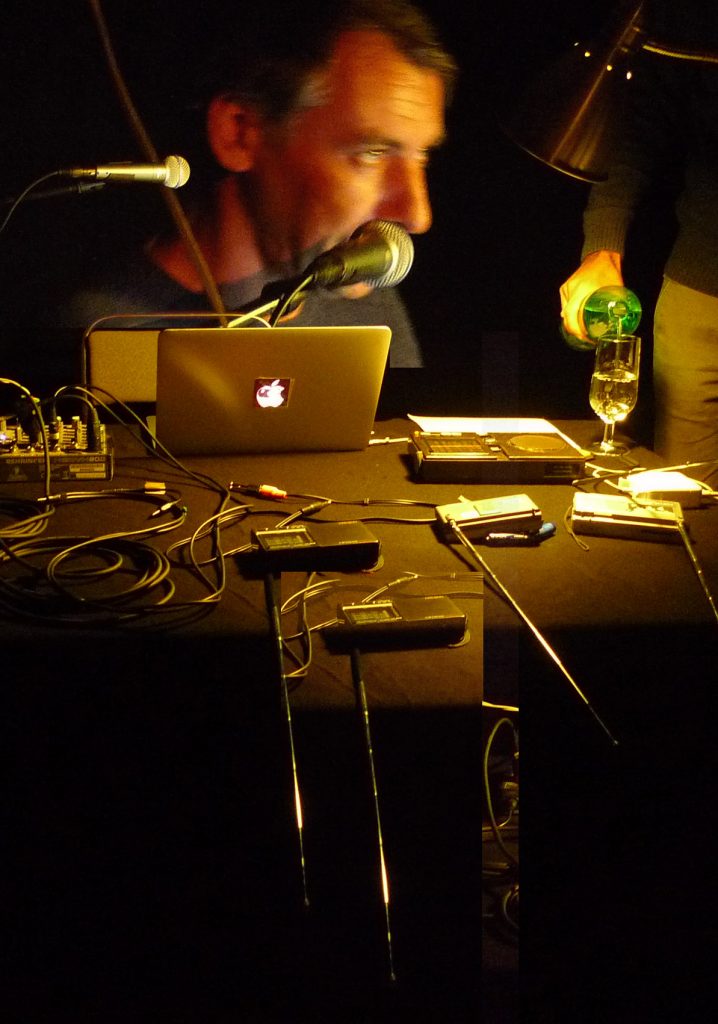 Among the crowd of radia founders and members who held their conference during the weekend was also radio artist Paulo Raposo from Radio Zero Lisbon. Although we already met in Lisbon (most beautiful city of all) I had never seen him perform. Then in 2014, he showed us around his favourite places and introduced us to a Fado bar where the local artists stood among the audience, singing, and their words and melodies enclosed the heart in endless loops of sadness and sincerity. But of course I won’t write about the Fado here that is a field and a science for itself just as much as radio art.

Raposo’s performance had the distinct feel of poetry, much of it owed, I think, to the quality of his deep and soft voice. Based on the song of a French singer and songwriter he developed a radio show that was compelling and fragile at the same time. More he explains in this short interview:

– How did you put this all together?

Paulo: I have no idea.

– You had one radio attached to the top of a microstand.

Yes. This radio was picking up the frequency of Radio Revolten, so this was just coming into the channel again.
The idea for this piece came from this song, ‪Jac Berrocal‬, a French musician, this song is from 1977 and it is called “Rock’nRoll Station”. And this was evocative to work upon. So I improvised basically. Everything I was saying I improvised it except the beginning which has the lines of the song in Portugese but then I transformed into somesort of mystical thing (laughs).

And it is about this memory, that memory is about this “It was 1959 in the observatory, do you remember”… really strange elements that are not really clear so this is about the blurring of the memory. ANd at some time we are using the sounds of different spaces that I recorded in places with different acoustic properties but also some you cannot really identify, so there is some mystic.

– It was a great soundscape. And there was this place that sounded like a huge cavern… with drippings of water.

That was in the basement of my building!

– Must be a huge basement!

No no, it is really small but it has this acoustic, so we … with Silvia…

Silvia: I recorded the sound in the basement.

Paulo: The drops of water are from an abandoned building.

– You put it together, the basement sound, the water…

Yes. And also from a big church just the silence, just the reverberations without anything.

– A composition put together to form the background?

As I was speaking I put one or the other sound together. So, yes, you can say it is an electroacoustical recorded composition with the live voice imrpovisation.

– In the last part you were saying something about the shadows… or shadows..

I can’t remember anything I said. Really.

Silvia: It was he was saying his voice was something like a fossil.

Paulo: Hmm. It was just something that was flowing from me. I can’t remember what it was. 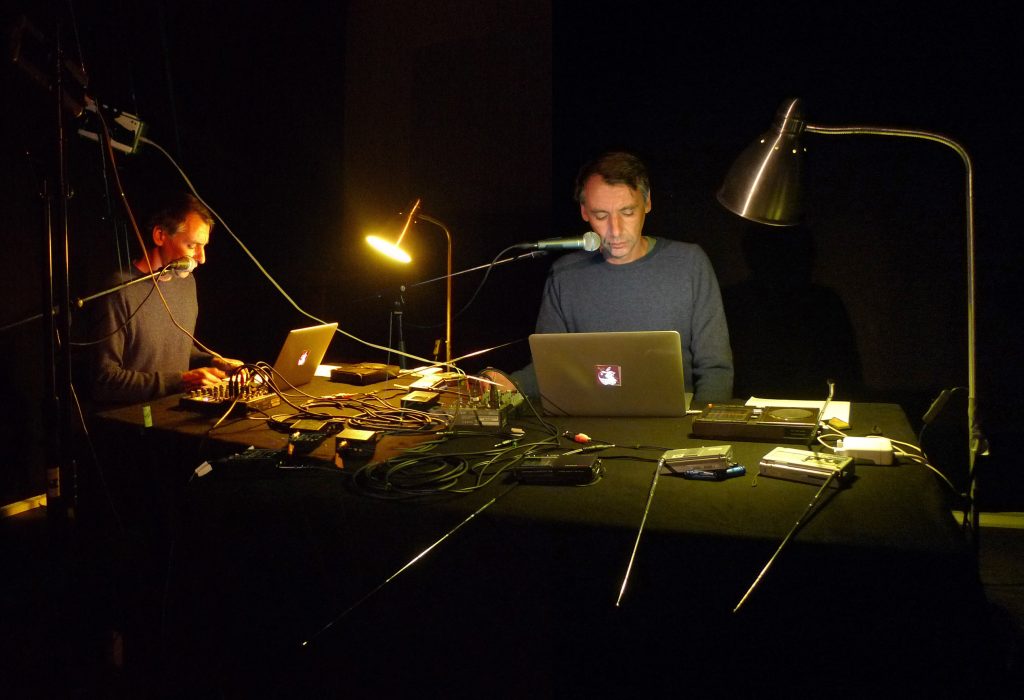