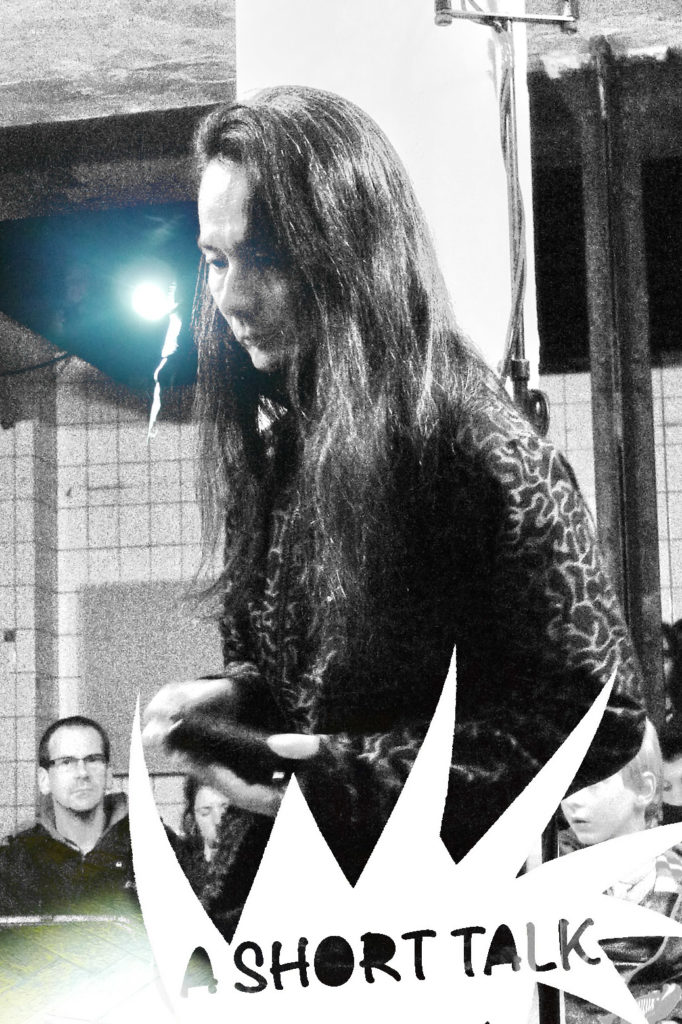 Aki Onda turns a radio in his hands and the frequencies shift. He walks around, slowly, and the frequencies shift. A deep hum comes from the speakers in the background but it is not clear if the sound we are listening to is really coming from there. Onda’s performance develops meditatively. Not much seems to happen, but in the end, with all lights suddenly extinguished and the room turned into a flicker movie of radio waves and light particles everything seems to happen at once.

– When you were doing your performance you were moving around all the time. I would be interested to know a bit more about this connection between movement, radio and light.

This piece is a half recorded, half improvised one. And whenever I go to different countries I have radios with me and cassette walkmans … I record, not just programs but I am catching the different voices of radios, different frequencies and modulations.

More like…. secret signals, secret messages. So I basically compose recorded parts that I then use in my performances. 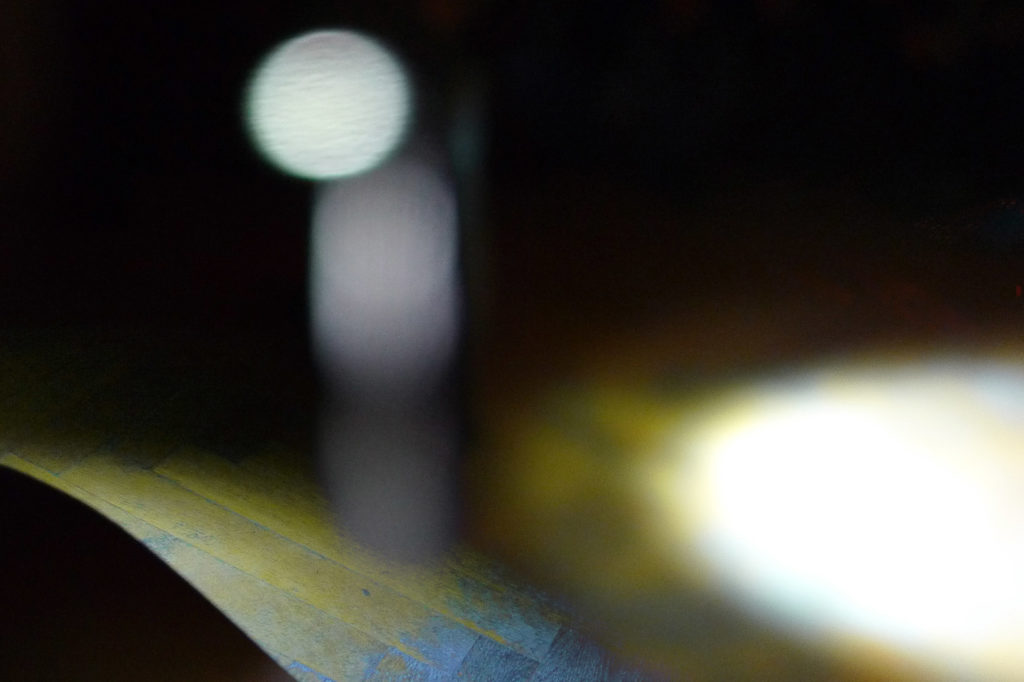 -Were these the sounds that came from the speakers? Those dark drones?

It is all 100% radio, those sounds. There were four speakers, and I place them differently, they were facing the walls. And so they cause deflections, especially in the low frequencies, the sub woofers…
I am interested in creating a space of sound. Space and sound are always connected in my mind.  I don’t use conventional speakers like in a conventional PA. With that, sound moves in the wrong way, from the stage to the audience…

-You had a kind of special choreography, you were walking round in circles. So how do you connect the music and the space?

As I just told you I am interested in space and in the combination of space and sound and especially radio. it catches different frequencies and when you move modulation happens.

– You had these radios with the cranks.

This was an emergency radio.

So even though there is no electricity that handle creates electricity…

– That’s wonderful! Where can you get those?

You can buy them online.

– Usually when you are in an emergency you want to call people, but this is not transmitting.

No. But you can catch the radio station. Like news…

Yes. Flash light and strobe. I happened to find out, somehow, that radio frequencies and the strobe light they interact with each other. A certain sound is created by strobe light. You need to put them really close to each other and they produce some sync… I am not a scientist, I don’t know how it works. I know it works. 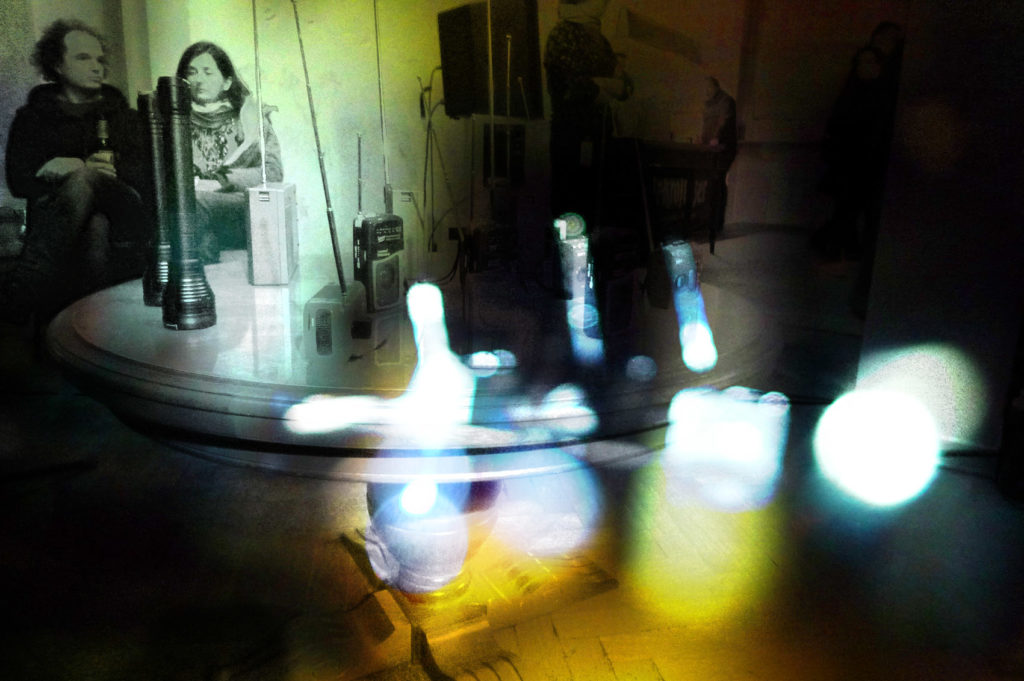