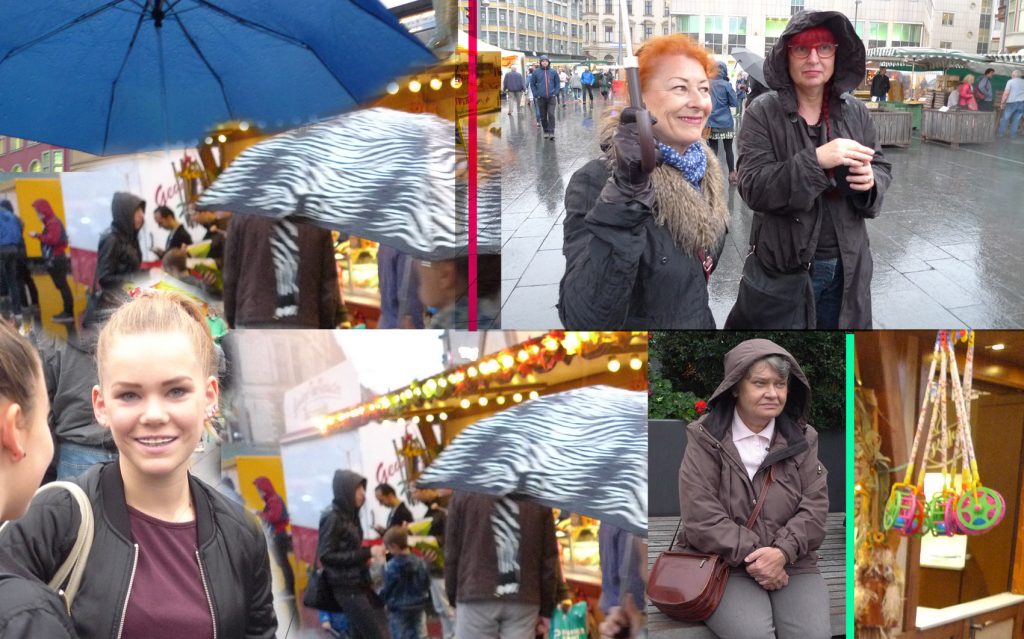 1. Okt. 18:30 On the market the people are drifting by, eddies build around the stands, not only by the rain water. In the air too, eddies are forming…

„Well no, these walrus choirs… that was horrible really! After that it was sort of ok, I mean, you know what I mean.. a melody.

The concert of Rochus Augst had started at 6 pm. Some people do as if nothing’s going on at all. Other seem to be on their escape route. Still others stare into the air. 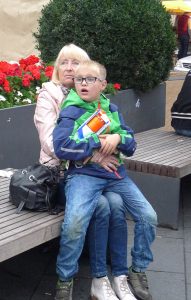 “Disturbing… sort of disturbing!”
“This is not music, that is.”

– But doesn’t remind you of something? Like sirens, right now for example?
The man bends his brows, the female passer-by lowered her head and squints.
Yes. No. Perhaps.

– May I take a photo?
“No.”
The man adjust his sleeve and points to the security badge sewn to it. A woman in a pink shirt packs pears back in their crate. 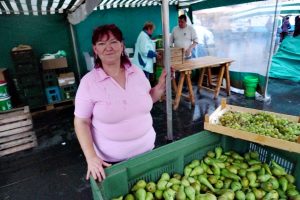 “Well, from time to time it does sound sure nice… ”
She gets interrupted by her boss: „Disgusting I’d say! Utterly disgusting!”

A slender elderly gentleman under a blue umbrella radiates tranquility and smiles.
„This is absolutely beautiful“! I am amazed. „But I am almost a part of the Radiorevolten team“. I am not so amazed anymore. 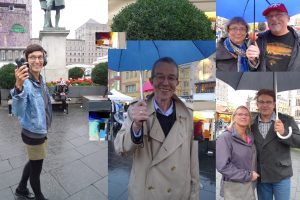 A couple of youngsters, long hair, goatee (him), black clothes:
„I think is is real strange music, unusual… Nothing that I would hear actually. What’s that stuff about?“
I explain that this about alternative concepts about music and listening and also about new ways of making radio. Their expressions alternate between incredulity and curiosity. Taking a photo is allowed. 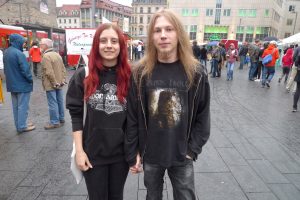 The marketer with the gingerbread stand says the sounds are „too loud“. His daughter stands next to him and listens. „Interesting at time though. When there is melody or structure you could maybe call it music, but these irritating sounds in between are not nice at all, not beautiful I mean.“ 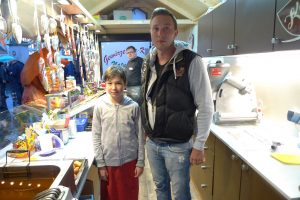 I suggest the thought that life isn’t an easy listening thing neither and that one often has to cope with irritations or other things going wrong too.

“But when I turn the radio on i know what to expect and what I want to hear, I’ve got a choice then. And this makes the difference for me. I can decide what I want to listen to but I cannot decide here on the market place. But as I said, sometimes it sounds okay, then again it’s just aggravating.”

Indeed, many people felt the sounds were „too loud“. Even though some of them may certainly listen to much louder stuff at home or in their cars, this may be then more „beautiful“.
19:43 Ulrichkirche
The three girls at the cloakroom desk put their heads together, a woman arranges glasses with wine and orange juice in them with mathematic precision on a table. The guy from the wine bar goes for a smoke (light cigarettes). The speeches of the grand opening have just ended and the concert has begun.It is just beautiful. The people sit immersed… the ones in the church spaces rapt in music, the ones in the foyer submerged in their phone worlds. 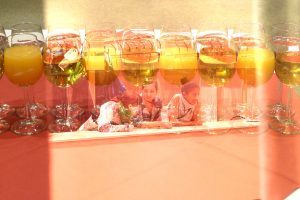 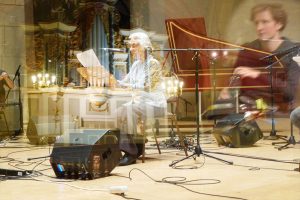 21:00
The radiorevolten club is not yet in full swing… which gives rise to the contemplation of the lamps and moving shadows and the architecture. The DJ walks up and down in front of the speakers to check their sound. In the garden people play table tennis, the buffet looks and tastes great und is surprisingly vegan. Later the places becomes much much louder. 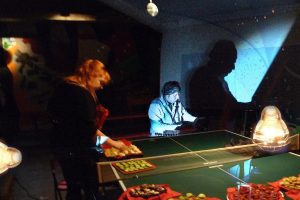