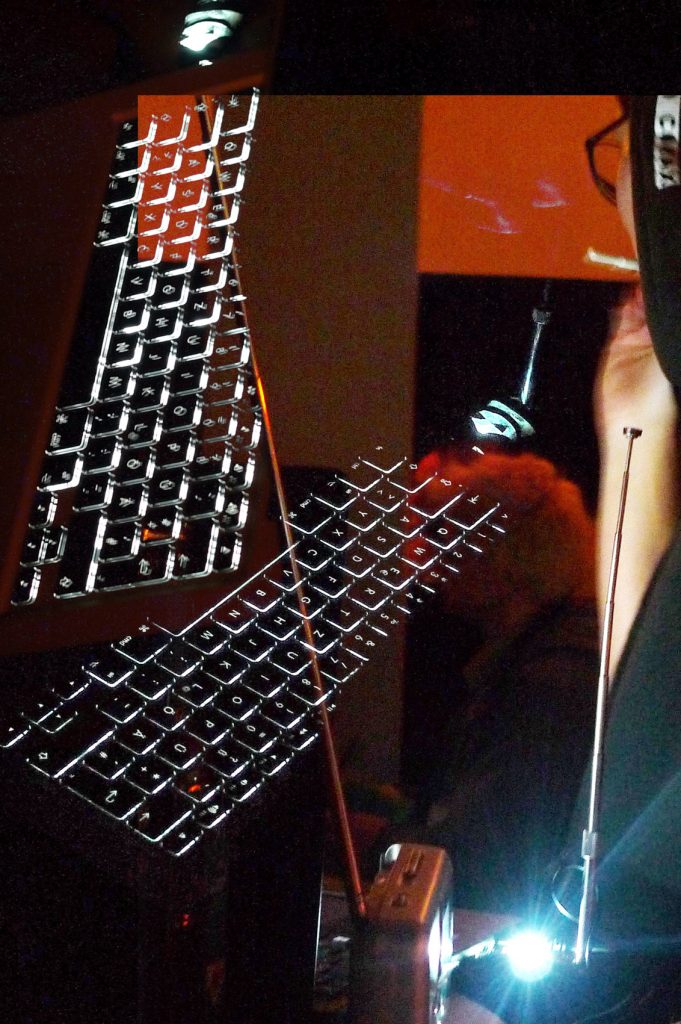 Honestly I was too lazy to build my own antenna in Victor’s workshop. Just re-soldered some basic parts to my transmitter and decided on contemplation of the tooth (real? ceramic? insulation purpose?) glued onto another transmission device on Mazon’s desk, that the electronic world was maybe not for me and that it would be much nicer to enjoy the participants’ performance later in the Revolten Club. 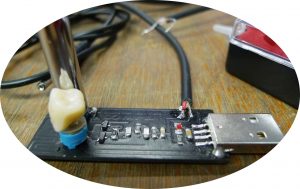 I learned though that the length of the antenna is proportional to the range of the desired wave spectrum which makes it calculable. I am definitely looking forward to test my newly adjusted transmitter asap. 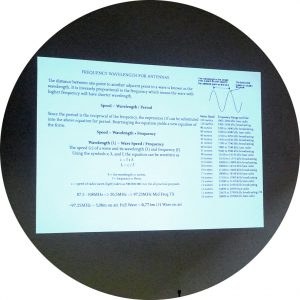 Much of the Mazon collective’s (as I call it here) concert happened in the dark and amid the audience. There were morse codes, a choir of frequencies broadcast from self-made transmitters each sparkling with a tiny LED light that shone onto the performer’s smile. 105.7 MHz was the wave space where the sounds met and mingled, at least that’s what the guess was, having been handed the strip of paper shown below: 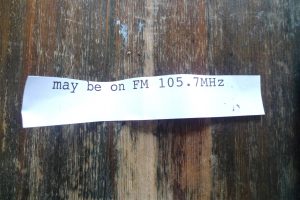